The online Apple store has come back online and now pre-orders for its new iPhone 5c have gone live in Canada and beyond. Unlocked units start at $599 for 16GB models and $699 for 32GB models. 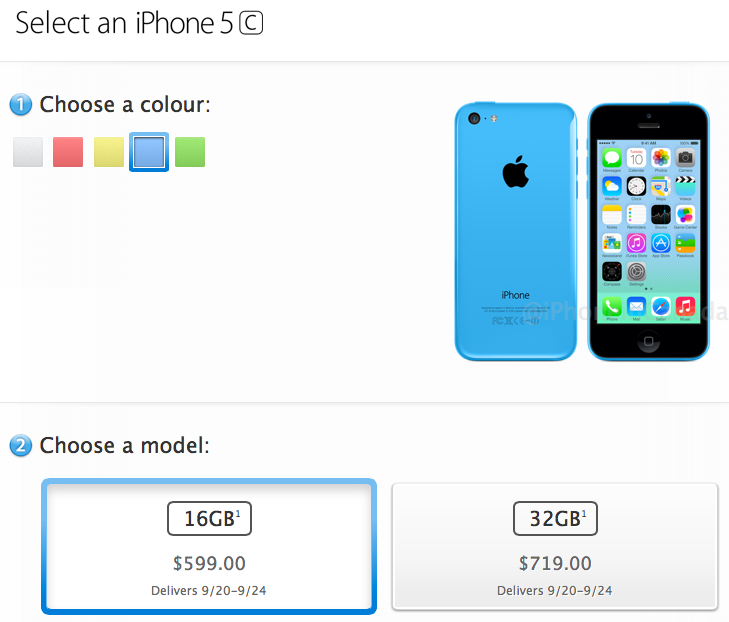 The iPhone 5c is available in five colours and houses the A6 chip and has the same 8 megapixel camera found in the iPhone 5. Compared to the iPhone 5s (and iPhone 5), the iPhone 5c weighs 132 grams, 20 grams heavier.

Later today, Rogers and Fido will start iPhone 5c pre-orders through their online Reservations System starting between 6:30AM EDT – 7:30AM EDT (3:30AM PDT – 4:30AM PDT).