The U.S. Patent and Trademark Office (USPTO) has today published a new Apple patent application titled “Devices and methods for a ring computing device”, that details a finger-mounted device with cameras, microphones, motion and biometric sensors, haptic feedback system and much more (via AppleInsider). The filing details an advanced ring-style wearable that uses voice, motion and touch input to control and interact with larger computing devices. 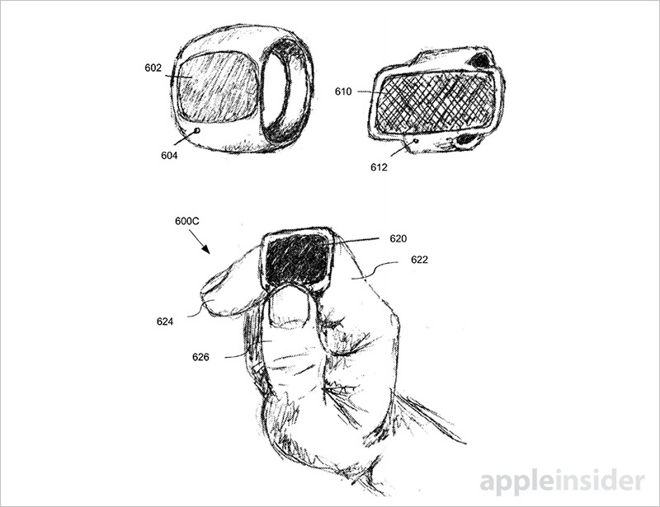 Apple basically describes a “miniature computer” powered by an onboard processor, while also sporting multiple input and output components, such as touch pads or touch screens measuring one to five centimeters on the diagonal. Using a mix of multitouch, voice and gesture input, wearers would use the ring to control a variety of products, like an Apple TV’s onscreen UI or an iPhone.

“When worn on an index finger, one could conceivably operate the ring’s touch sensitive surface with a thumb, but to make things easier the document also describes a mechanism akin to Apple Watch’s Digital Crown. Alternatively, built-in accelerometer and gyroscope modules are provisioned to accept gesture input with enough precision to facilitate handwriting capture. A user might even wear two rings to control multiple aspects of a host UI.

Also incorporated is a tactile feedback interface capable of responding to user input via audio cues and controlled vibratory pulses”. 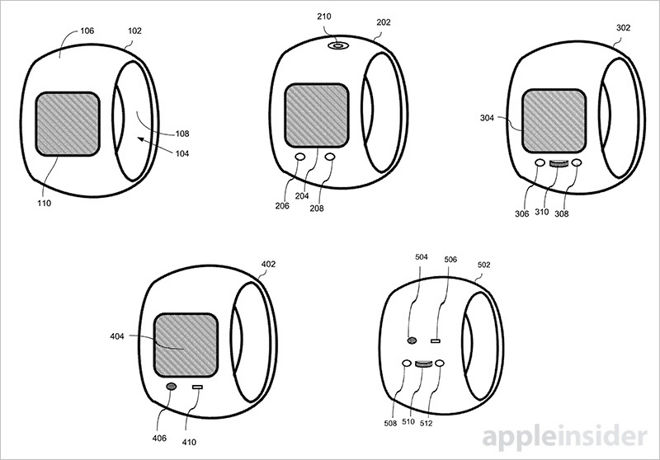 Apple’s ring computing platform patent application was first filed for in April 2015. To read more about it, click here.