Apple has launched a curated section in iTunes full of apps, movies, music, and books to mark the special occasion of the Chinese New Year.

The section includes a variety of apps that will help you get into the spirit of the festivities with apps on Chinese culture, cuisine, and games. As a part of the promo, Apple is making the children’s book “I Really Rescued a Goat to Save Chinese New Year” available for free to all users.

As for movies, Apple is showcasing a bunch of great titles like ‘Crouching Tiger Hidden Dragon’, ‘Enter the Dragon’, and ‘The Kid with the Golden Arm’. Music fans can find a number of discounted hit albums from a variety of artists, including Jay Chou, Vivian Chow, and Eric Chou. 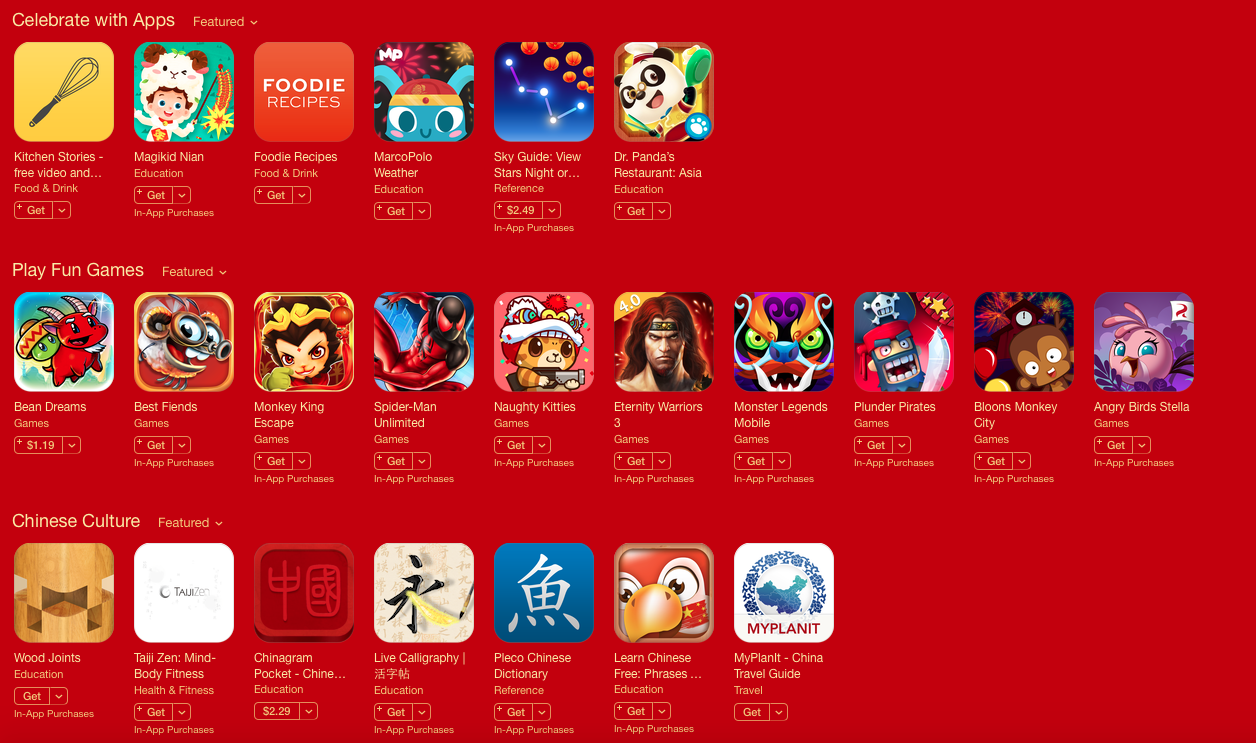 Check out all of the great apps, movies, music, and books Apple is offering in their new curated section on iTunes from this link.