Apple looks to be planning a corporate office out west, as the company has leased 60,000 square feet of office space, at the under construction 400 West Georgia building, by developer Westbank.

The details of Apple leasing the space was noted within NAI Commercial’s Q3 Market Insight report, as first reported by Daily Hive:

Vancouver’s rapidly growing tech industry has won the attention of the world’s first trillion dollar company, as Apple has decided to open a major corporate office in the city centre.

Apple has leased 60,000-sq-ft of office space at the under-construction 400 West Georgia Street office tower, according to a recent third-quarter report by NAI Commercial on Metro Vancouver’s office market.

According to the NAI Commercial Q3 report, under ‘Significant Transactions’, it writes “Apple took 60,000 SF at 400 West Georgia Street along with, Deloitte and Spaces to lease what be considered as all of the new development.” 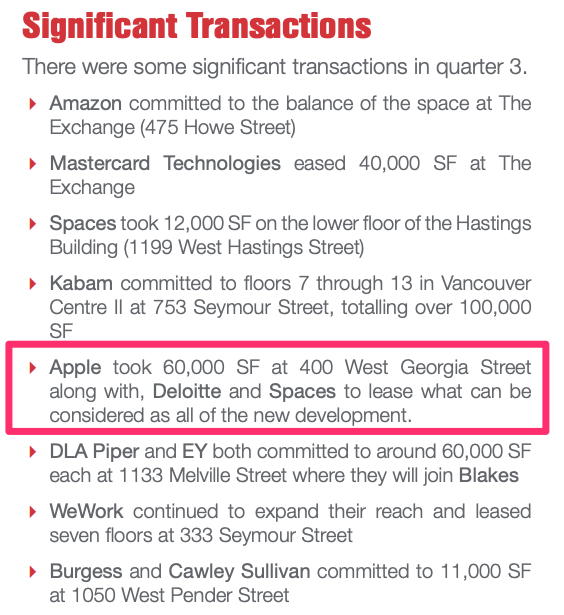 The 400 West Georgia office tower will be completed by 2020. Its unique design, according to Ian Gillespie, founder of Westbank, “is a direct manifestation of our city throughout its evolution, taking inspiration from its urban setting, past, present and future, while remaining deeply influenced by the city’s natural surroundings.”

Below is an artist’s render of the office building: 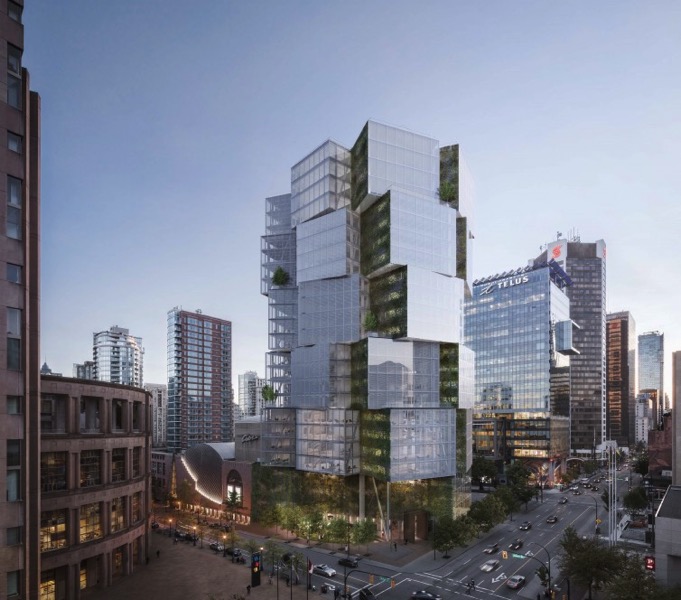 Other tenants set to occupy the office tower include Deloitte Canada and co-working company Spaces.

With a significant office space presence out in Western Canada, it would allow Apple to spread out its employees outside of its other major headquarters, in Toronto, Ontario.

Amazon is set to open up a Vancouver office in the direct vicinity, at a building set to be completed in 2020 as well.