Here’s What Apple is Doing to Reduce Environmental Impact

In addition to launching a revamped section on its website and releasing a Tim Cook narrated video highlighting company’s environmental efforts, Apple’s VP of Environmental Initiatives, Lisa Jackson, has detailed Apple’s efforts towards reducing environmental impact in an exclusive interview with Wired. Jackson has also published a letter featured on the updated Apple website discussing company’s products and the environment. 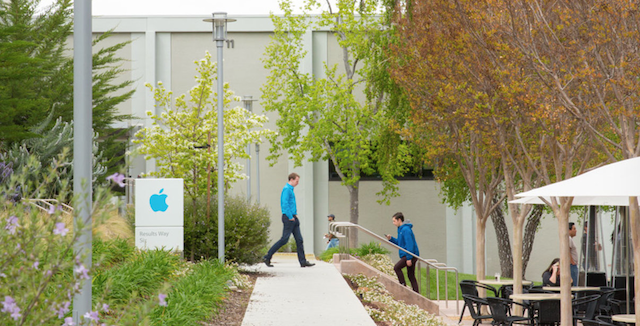 Apple has always been eager to tell the story of its environmental efforts in a hope that other companies will follow its example. The company has been able to convert its corporate campuses and data centers to using 95% renewable energy sources for their power, from 35% in the past 4 years. Furthermore, nearly 50% of Apple’s 254 retail stores in the U.S. are now powered entirely by energy from renewable sources.

“If you’re the head of the Environmental Protection Agency,” says Jackson, “you’d better know your power plants.” Jackson spreads the word that renewables “aren’t just for tree-huggers, but are serious energy sources that can take on the biggest jobs”.

“No one can ever claim again you can’t have a data center that runs on 100 percent renewable,” says. “Once those proof points are out there, it makes it easier for policies to follow.”

Apple’s march to 100 percent renewable energy originally began a decade ago, as a green initiative to run Apple’s campus in Austin by renewables, and kept growing more ambitious. But Jackson is now its public face. As she explains the effort, Apple will only take credit when it adds or purchases new sources of energy that would otherwise have not been on the electrical grid.

Though she’s the face of Apple’s environmental efforts, Jackson’s activities have been generally behind the scenes, working to focus Apple’s environmental efforts and working internally to help such initiatives. Her staff is tiny—she jokes that those working under her has gone from 17,000 to 17. But she meets regularly with Apple people, from senior vice presidents to engineers.

Apple and the Environment #EarthDay http://t.co/wEkqTa5Faa

Apple today announced the winner of its inaugural Apple Podcasts Award for Show of the Year. The honour went to Slate Magazine's critically acclaimed narrative history series, Slow Burn, for its latest season, which covers Roe v. Wade. Published throughout June 2022, the four-episode season explores the events leading up to the landmark 1973 Supreme Court...
Nehal Malik
25 mins ago