Apple to Live-Blog ‘Spring Forward’ Apple Watch Event, Check It Out Here [u]

Along with last September’s iPhone 6 event live stream, Apple also started live-blogging its own event, highlighting select product images and notable tweets before and during the show.

Now it appears Apple is set to similarly live-blog the Spring Forward Apple Watch event, as the company’s website has the following landing page ready. It reads “You can follow the posts below before the show starts.” 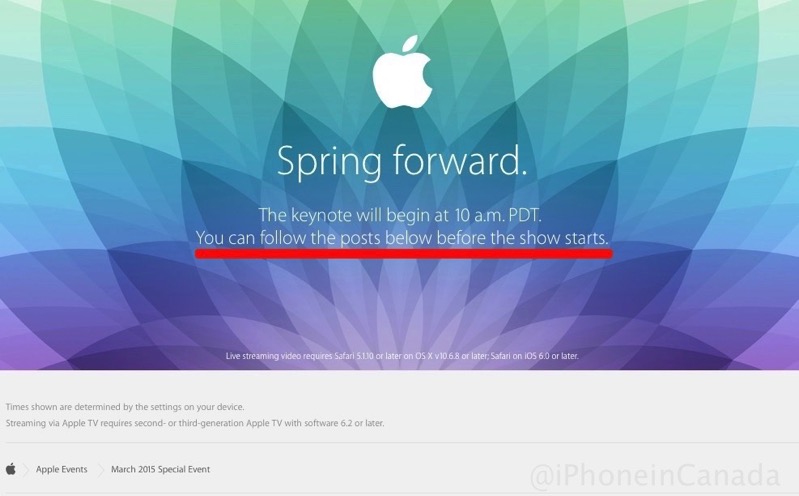 As of now, there are now posts live just yet (last year, the first post was at 7:47AM, a tweet by company CEO Tim Cook). Since no posts are visible as of writing, this could mean the live blog hasn’t started, or possibly might not happen altogether. 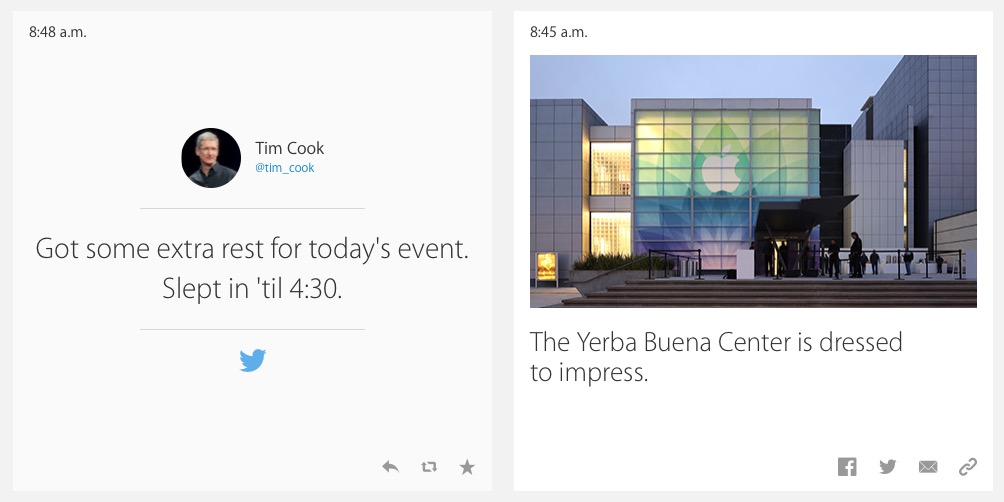 You can check out the page here (we just discovered it randomly if you’re wondering).

Apple’s Spring Forward special event kicks off at 10AM PST, 1PM EST and will be live-streamed on the web and your Apple TV (the Apple Events channels is already live).