Australian-based firm Cochlear and Apple have teamed up to release the first ever made for iPhone Cochlear implant called the ‘Nucleus 7 Sound Processor’, which can stream sound directly from a compatible iOS device to the sound processor (via TechCrunch). Approved by the U.S. Food and Drug Administration last month, the device also lets people with surgically embedded implants to customize the sound from their iPhone. 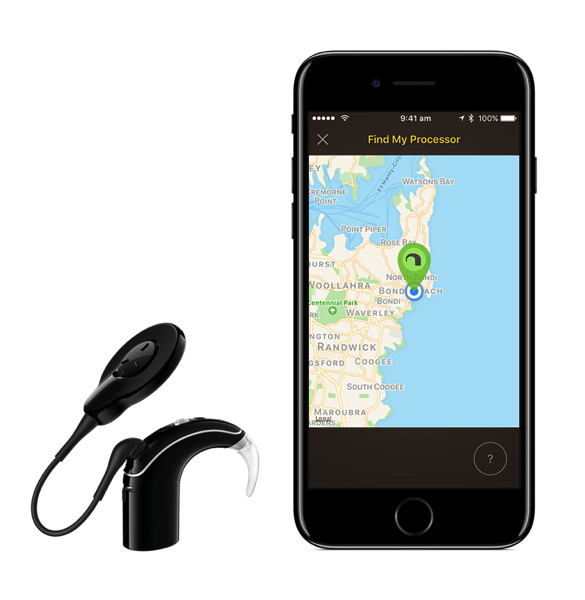 Unlike other implants and hearing aids, Cochlear’s Nucleus 7 Sound Processor is controlled by the phone itself and does not require any app download. Users can simply go to their iPhone settings, click on “General” and then click “Accessibility”.

As you move down the screen you’ll see a list of different devices you’ll see “hearing devices.” Tap on that and then the device should show up the way a Bluetooth device would in Bluetooth settings. The implant will then pair with your iPhone. Similar to headphones or any other Bluetooth-enabled device, as soon as the implant is paired up it can be controlled using the iPhone’s volume controls.

“We wanted to see something that could become ubiquitous out in the world,” Apple’s Sarah Herrlinger, senior manager for global accessibility policy and initiatives told TechCrunch. “We want everybody to use our technology and to say ‘wow my iPhone is the best piece of technology I’ve ever used before’…with every iteration of our operating system our goal is to add in new accessibility features in order to expand the support that we can give to people all over the world.”

The new Nucleus 7 comes with a longer battery life and is also smaller and 24% lighter than its predecessor, the Nucleus 6 Sound Processor. To learn more, click here.