Apple Maps has expanded cycling directions to a number of new cities in the United States. 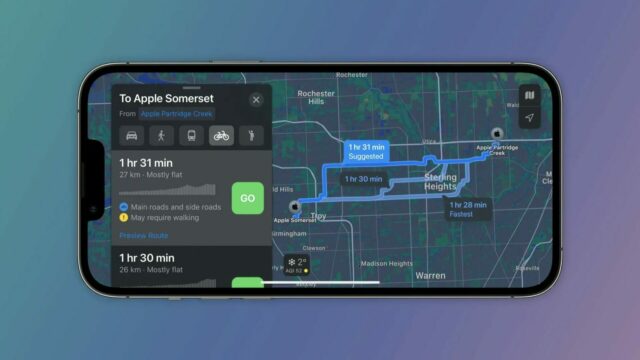 Apple Maps has slowly been expanding its new map features across the United States, and today saw a bump for those looking to use the service to navigate by bike.

Back with iOS 14, Apple Maps introduced cycling directions in order to help cyclists find the best route with bike lanes. Now, Apple is expanding this feature and adding cycling directions for people located in Chicago, Detroit, and other Midwestern US cities.

According to Apple Maps enthusiast Justin O’Beirne (via MacRumors), the Cupertino company has rolled out cycling directions to the midwest part of the country. The following cities now feature directions specifically for biking:

For Canadians cycling across the border, these expanded directions into Michigan might be helpful.

On top of the useful features such as finding the best bike lane or bike-friendly road, and elevation, Maps can also speak cycling-specific directions for turns as you go.

With this latest update, Apple Maps now provides cycling directions for almost 26 percent of US territory, with almost 52 percent of the country’s population covered.