Apple Maps recently added support for Amtrak stations in Canada and the USA, as spotted by a MacRumors reader.

As you can see below, Pacific Central station in Vancouver can be found within Apple Maps when searching for Amtrak: 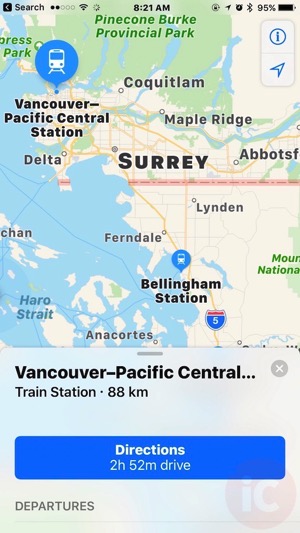 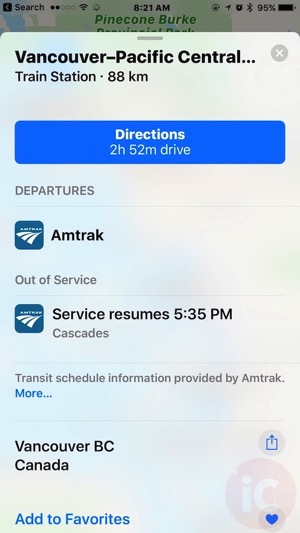 The Amtrak Cascades route in the Pacific Northwest takes passengers from Vancouver to the United States, hitting stops such as Seattle (Washington State) and Portland and Eugene, in Oregon.

Apple Maps continues to be updated with more regional info, as back in August Transit support was added for Victoria and Vancouver.

Instagram may be looking into introducing a paid verification system. According to code found by reverse engineer Alessandro Paluzzi, the social media platform may already be looking to integrate a similar feature to Twitter's. As first reported by TechCrunch, evidence of a paid verification system within Instagram's code has been explicitly discovered. Paluzzi found snippets that say...
Steve Vegvari
52 mins ago

Apple today announced its fiscal Q1 2023 financial results for the period that ended December 24, 2022, recording a new all-time high for the quarter. The iPhone maker reported $117.2 billion USD in revenue for the first fiscal quarter of the year, down 5% year-over-year, with earnings per diluted share of $1.88. Apple reported a net...
Nehal Malik
16 hours ago