The iPhone maker has just become the first publicly traded U.S. company to reach a $900 billion market capitalization. As reported by MarketWatch, Apple passed the mark for the first time in intraday trade earlier today. 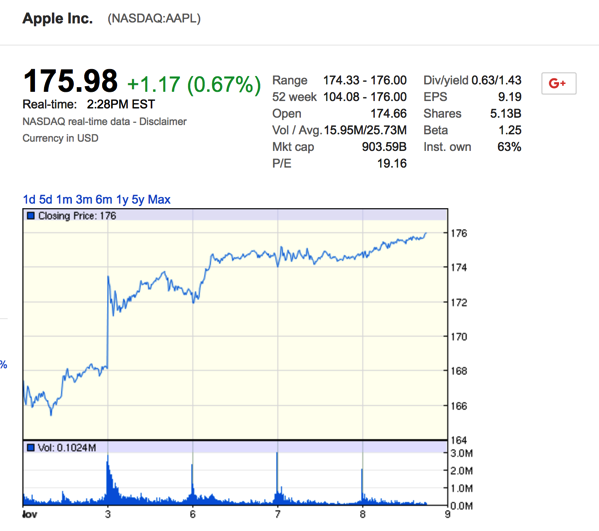 Analysts believes the Cupertino tech giant has hit the milestone following its Q4 earnings report last week that showed optimism about the iPhone X launch and a recovery in many of Apple’s other businesses. The company sold 46.6 million iPhones with quarterly revenue of $5.2 billion, and international sales accounting for 62% of the quarter’s revenue.

Apple is by far the most valuable publicly traded U.S. company, as no other businesses have a market cap exceeding $800 billion. Alphabet Inc. surpassed $700 billion for the first time last month, becoming the second company after Apple to accomplish that. Apple stock has gained more than 50% this year, while the S&P 500 index has gained 15.7% and the Dow Jones industrial average DJIA, which counts Apple as a component, has added 19.1%.

Of the 37 analysts who cover Apple, 31 currently have overweight or buy ratings, five have a hold rating, and one has a sell rating. Analysts, on average, have a $190.13 target price on Apple, thirteen of which maintain a price target on Apple above $194.77.

The company’s shares reached a new intraday record high of $175.50 today to accomplish the feat, and must close higher than $175.29 to keep the $900 billion mark.