According to Tucker Grinnan with HSBC in Hong Kong, Apple will need to be “a bit more flexible” if it wants to reach an agreement with China Mobile Ltd., Bloomberg is reporting. The analyst, whose ratings on China telecom stocks produced the best relative returns over the past year, says that the Cupertino company “may be forced to concede App Store revenue” to seal an iPhone deal in the world’s largest smartphone market. 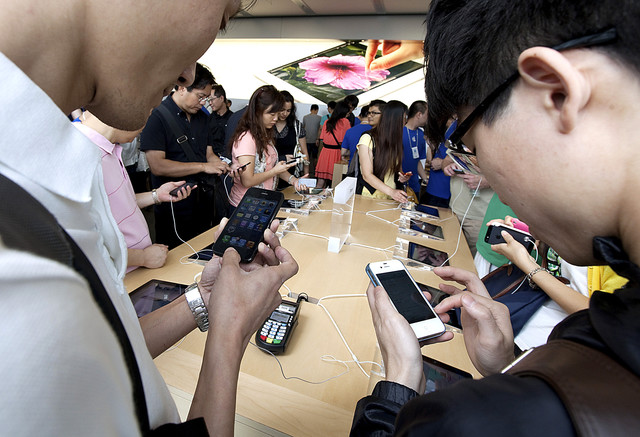 “China Mobile certainly believes they should be able to get a part of the content pie,” Grinnan said. With Samsung and five Chinese companies ahead of Apple in the country’s smartphone market, Apple badly needs an agreement with the carrier. According to John Bright, an analyst at Avondale Partners LLC, “Apple’s unwillingness to provide meaningful concessions and China Mobile’s unwillingness to subsidize a high-cost device” have inhibited a deal until now.

“In this relationship, China Mobile has all of the power,” said Edward Zabitsky, chief executive officer of Toronto-based ACI Research. “China Mobile will offer the iPhone as soon as Apple gives in on price.”

Apple is expected to introduce a low-cost iPhone 5C smartphone at next week’s Special Event, that would likely help the company seal a deal with China Mobile, which has 63% of the country’s 1.19 billion wireless accounts.