Apple May Sell Bonds to Return Capital to Shareholders

According to a Bloomberg report, Apple is planning to sell bonds to return capital to its shareholders. The company is expected to sell the securities in as many as 10 parts, with the longest-dated bonds maturing in 30 years, claims the source. 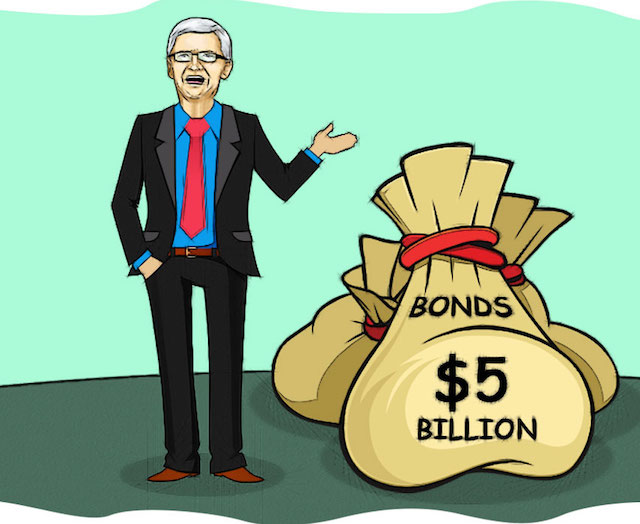 A person with knowledge of the matter told the publication that proceeds will also back general corporate purposes, including repayment of debt and acquisitions. Donald Ellenberger, who is the head of multi-sector strategies at Federated Investors in Pittsburgh and oversees about $10 billion, says “The offering looks attractive”.

The report adds that Apple’s proposed 30-year bond may yield 2.15 percentage points more than similar-maturity Treasuries, which according to Bank of America Merrill Lynch Indexes, is a a 25 basis-point premium compared to the average yield on bonds of similar maturity and rating.

Apple is also planning to issue seven-year green bonds, debt that typically backs clean energy and other sustainable initiatives. “Any stability in the market is likely to result in a rush of issuance,” said Ellenberger.

“Apple has a tremendous amount of cash but it’s not accessible cash — its overseas cash,” said Andrew Brenner, head of international fixed income at National Alliance Capital Markets. “Apple probably is doing this in order to give them some room for domestic cash so they can buy back stock, pay dividends or whatever it is to micromanage their financial situation.”