As spotted by the folks over at MacRumors, Apple has once again mentioned AirPower, its unreleased wireless charger, in recent job listings in New Zealand and the US. The job descriptions for the openings posted during the past three months refer to the AirPower charging mat, which the company first previewed at its September 2017 event. 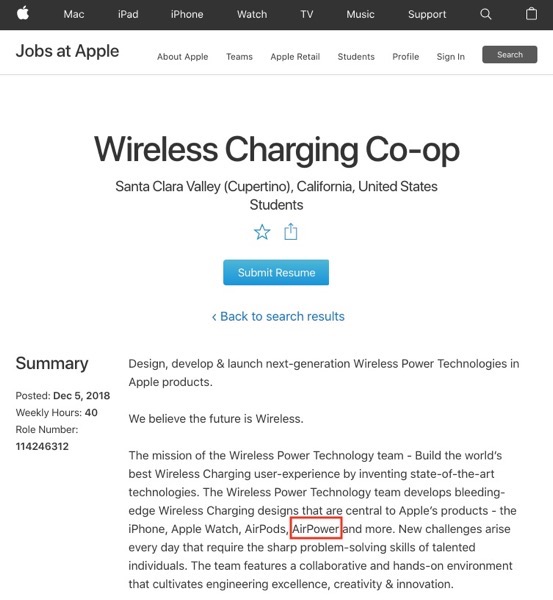 Here’s the job description for one of the openings:

Although Apple announced it will release the AirPower accessory in 2018, it is not yet known when it will eventually hit the stores, especially after the company removed most references to the AirPower from its website following its September 2018 event.