Last month, a Bloomberg report claimed that Apple is prepping to launch the so-called “Apple One” subscription bundles which will available in different tiers and allow Apple users to bundle their services together for a lower monthly cost. 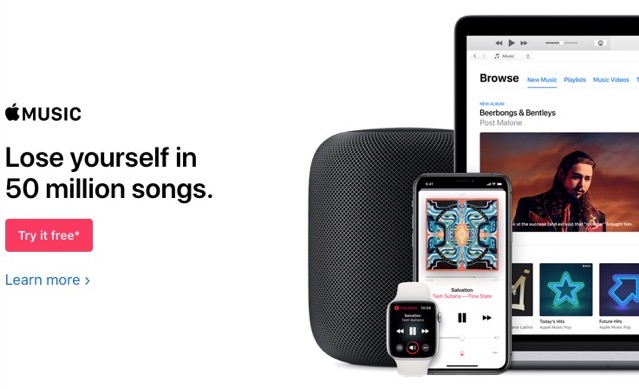 Today, the latest beta release of the Apple Music app for Android v3.4.0 not only confirms the name “Apple One” but also confirms that Apple Music will indeed be included in Apple’s upcoming subscription bundles (via 9to5Google).

Based on the strings identified in the app, it is clear that Apple One and your existing Apple Music subscription will not overlap, ensuring that users do not double pay.

<string name=”aristotle_main_more_info”>Your Apple Music subscription will be included in Apple One starting %s. You will not be charged for both subscriptions.</string>

<string name=”aristotle_renewaloption_subtext”>You can manage your Apple One subscription using your iPhone, iPad, Apple TV or Mac.</string>

It also appears likely users will not be able to manage or renew their Apple One subscription from the Android version of the Apple Music app and will instead need to use an iOS, macOS, or tvOS device.

Music streaming giant Spotify's shares surged as much as 10% today after the company reported Q4 earnings that beat analysts’ revenue estimates with strong user growth. According to CNBC News, Spotify reported 489 million monthly active users for the quarter, up 20% year over year. There were 33 million net additions to monthly active users...
Usman Qureshi
53 mins ago