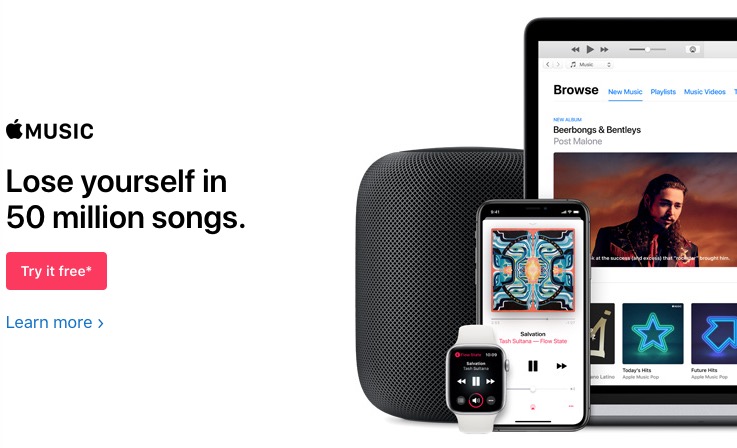 After recent rumours pointing towards Apple bringing HiFi streaming to Apple Music in the near future, 9to5Google‘s in-depth APK analysis of Beta version 3.6.0 of Apple Music on Android has revealed references to a similar feature for the Android variant as well.

One of the references to HiFi audio found in the APK states:

Lossless audio files preserve every detail of the original file. Turning this on will consume significantly more data.

The ‘Lossless’ and ‘High-Res Lossless’ streaming and downloading quality options will both use Apple’s proprietary ALAC codec for music instead of the sub-optimal AAC codec the two older quality options use.

Both new options will use significantly more data and substantially more storage space for downloaded songs, and the app will adequately warn users of both.

While the iOS 14.6 beta also contains mentions of ‘Dolby Atmos’ and ‘Dolby Audio’, there is no sign of any form of Dolby Integration on Apple Music’s Android counterpart.

While fragments of inactive code found within a new version of an app do not guarantee that the features they allude to will eventually end up going live, HiFi streaming being hinted at for both iOS and Android does lend some weight to the possibility.

Apple has shared a handy video on its YouTube support channel, explaining how you can add video effects when using Continuity Camera with iPhone on a Mac. If you’re using Continuity Camera with a virtual conference app or FaceTime on your Mac, you can add these video effects from Control Center while you chat. Center Stage...
Usman Qureshi
6 mins ago

The World Surf League (WSL) has announced its integration of the Apple Watch as the official wearable equipment of the WSL. This introduction marks the first time Apple Watch will be used as official competitor equipment in a professional sports environment. Throughout the Championship Tour (CT) season, elite WSL CT athletes will get access to...
Usman Qureshi
18 mins ago

The folks over at MacWorld have compared Apple’s latest M2 Pro and M2 Max processors with every other Apple silicon found in the iPhone, iPad, and Mac lineup. "Understanding the performance differences between each chip will help with your buying decisions, especially when you’re deciding between iPhone 14 or MacBook models.” To find out how...
Usman Qureshi
30 mins ago