Apple Launches New iPod touch with A10 Fusion, Pricing from $249 in Canada 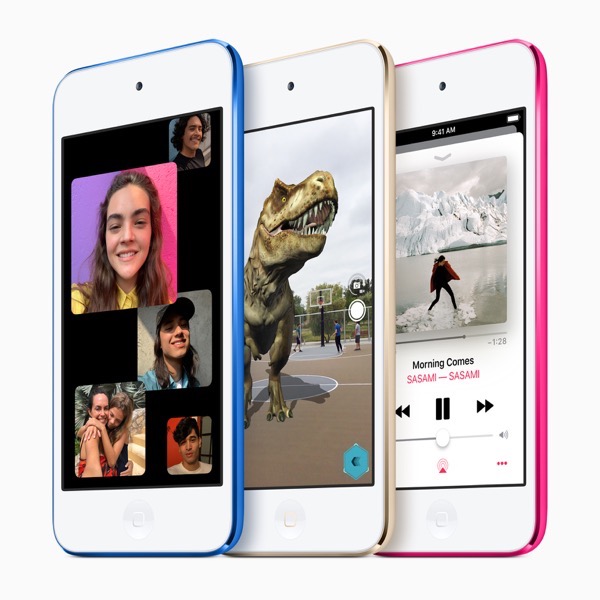 The new iPod touch now is powered by an A10 Fusion chip and also supports Group FaceTime, priced from $249 in Canada for the entry 32GB model. The full pricing is below, including a new 256GB option, available in space gray, white, gold, blue, pink and (PRODUCT)RED:

Customers can place pre-orders today, with the new seventh-generation iPod touch reaching Apple Stores later this week. Aside from the faster A10 Fusion (from the iPhone 7, iPhone 7 Plus and 2018 iPad) and new 256GB storage option, design-wise, the iPod touch looks the same as its previous generation. No Touch ID or Face ID is available.

“We’re making the most affordable iOS device even better with performance that is twice as fast as before, Group FaceTime and augmented reality starting at just $249 CAD,” said Greg Joswiak, Apple’s vice president of Product Marketing, in a statement. “The ultra-thin and lightweight design of iPod touch has always made it ideal for enjoying games, music and so much more wherever you go.”

The company says this update means iPod touch is also ready for “fun and productive AR experiences across gaming, education and web browsing.”

This latest update paves the way for this newest iPod touch to support iOS 13, expected to be previewed at Apple’s upcoming developer conference–WWDC–set to kick off on June 3, 2019.

Click here to pre-order the new iPod touch from Apple.ca starting at $249.