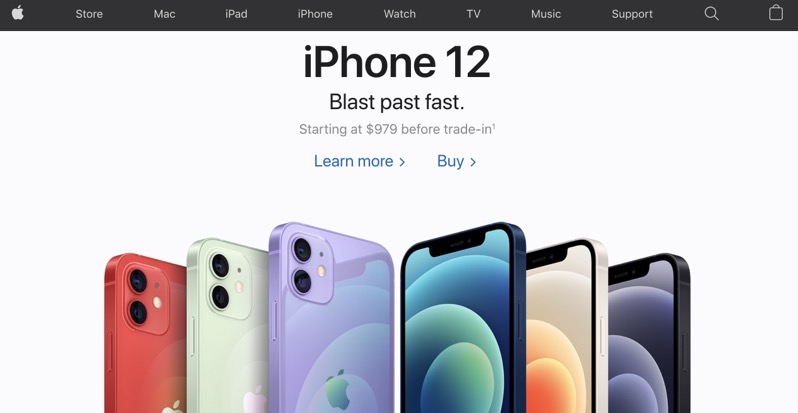 Apple Canada has expanded its delivery options for its online store, now offering same-day delivery within 2 hours, through “scheduled courier delivery”, for select locations (likely those with an Apple retail store).

For the postal code we tried below for Vancouver for an iPhone 12 mini purchase, the option for courier delivery shows up, at a price of $13 CAD. Apple says the delivery will happen “as soon as today within 2 hours”, noting customers can “choose a date and time in checkout.”

When plugging in a postal code from Victoria in our tests, the option for same-day delivery was notably absent, we’ve yet to see an Apple Store on Vancouver Island.

Same-day delivery applies for iPhone, Mac and iPad so far, from what we’ve learned. 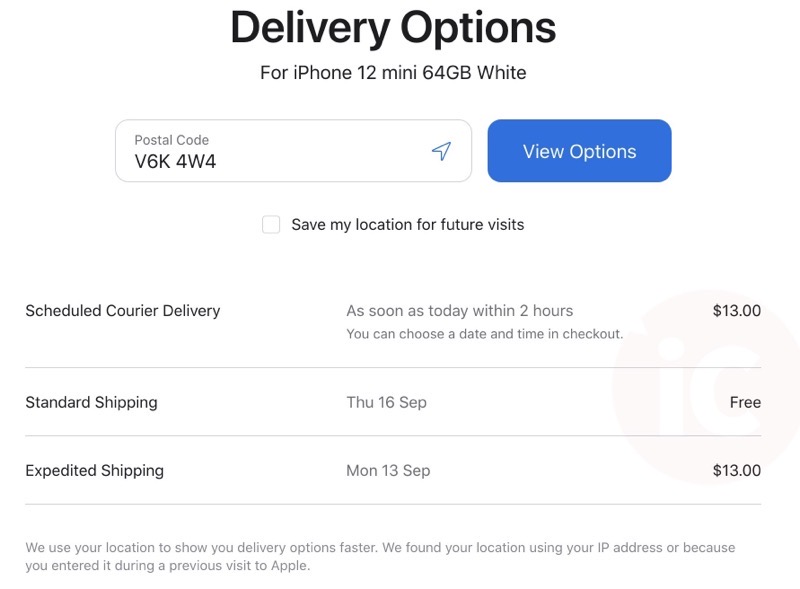 It’s worth noting the scheduled courier delivery option is priced the same as expedited shipping in our test case, at $13 CAD. It’s a no-brainer to choose same-day delivery when it’s the same price.

It’s unclear what company Apple is using for these same-day product deliveries (it could be an on-demand courier like Uber Eats or DoorDash). If you manage to give same-day Apple delivery a try, let us know in the comments.

Apple recently launched 0% interest financing for iPhone, Mac and iPad in Canada, implemented ahead of next week’s iPhone 13 launch (although it’s likely the 0% interest won’t be available for new iPhones).