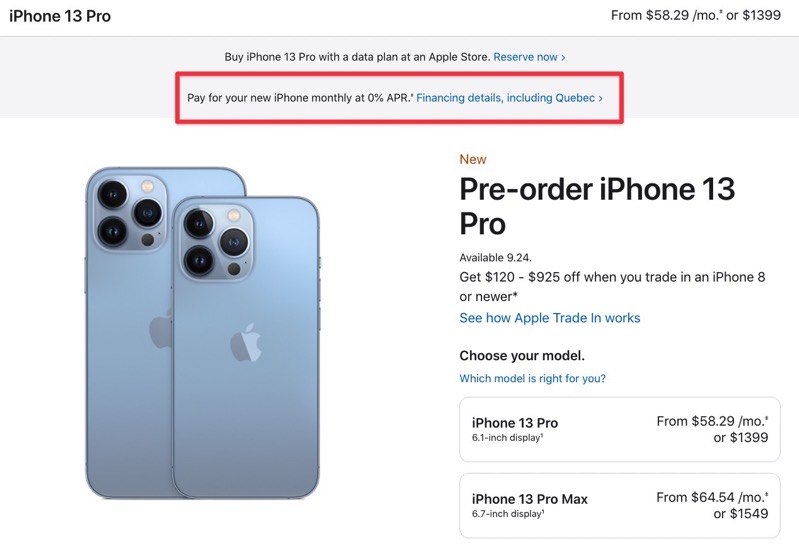 Put down those pitchforks for a minute. Apple is now offering its iPhone 13 lineup with financing at 0% APR over 24 months, in a surprise change on early Friday morning.

When iPhone 13 and iPhone 13 Pro were unveiled on Tuesday, Apple changed its term length for iPhone financing to 6 months, down from 24 months. Many customers questioned the significantly shorter amortization period for the iPhone 13 lineup.

But during this morning’s iPhone 13 lineup pre-order, Apple revised its 0% APR term length for iPhone to 24 months. So yes, that means you can finance your iPhone 13 device purchase interest-free over 24 months if you need to, via Paybright. 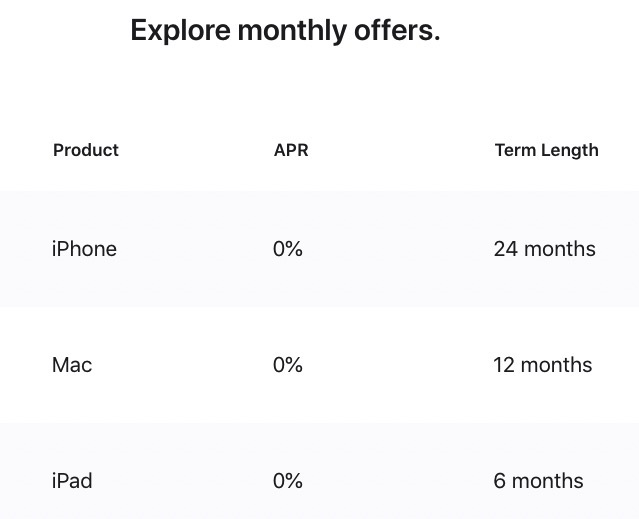 According to the Paybright terms for purchasing an iPhone 13 device, it’s showing 0% APR over 24 months and allows you to pay down all or a portion of the amount owing at any time. No other fees are involved.

Paybright looks to be caught off guard by Apple customer traffic, as the company’s servers are melting it appears. Many are unable to access the Paybright portal to complete their purchases, showing “502 bad gateway”.

Did the folks over at Paybright take a day off or something? The portal has been down for nearly 30 minutes

Financing term lengths for Mac are at 12 months, while iPad remains at 6 months.

Did you finance your iPhone 13 lineup purchase today? Or are trying to?