As expected, Apple has just unveiled the new OS X 10.10 at the WWDC 2014 in San Francisco. When Craig Federighi took the stage, he explained how Apple shifted from “cat names” to “beautiful places in California” for its OS X naming and this time, they arrived at ‘Yosemite’. Once again as expected, Yosemite comes with a new look, moving away from the classic ‘aqua’ design theme to the all new iOS 7-inspired colourful, translucent design. 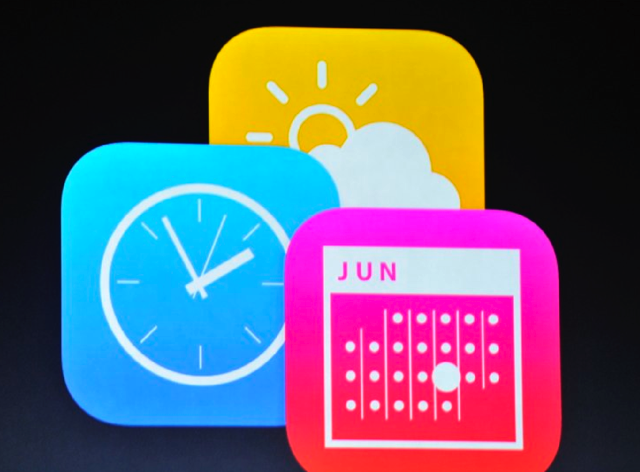 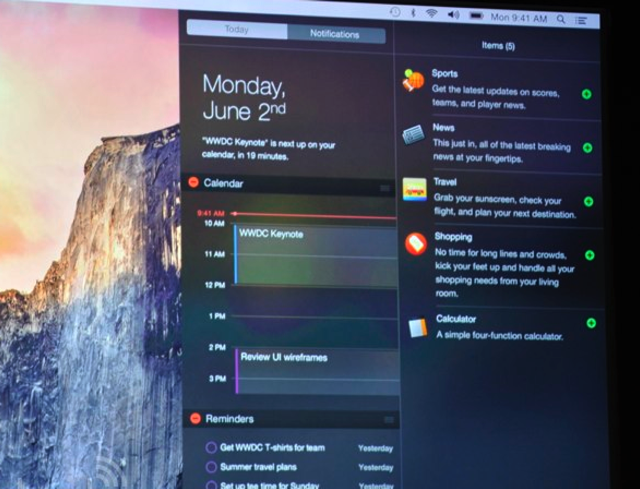 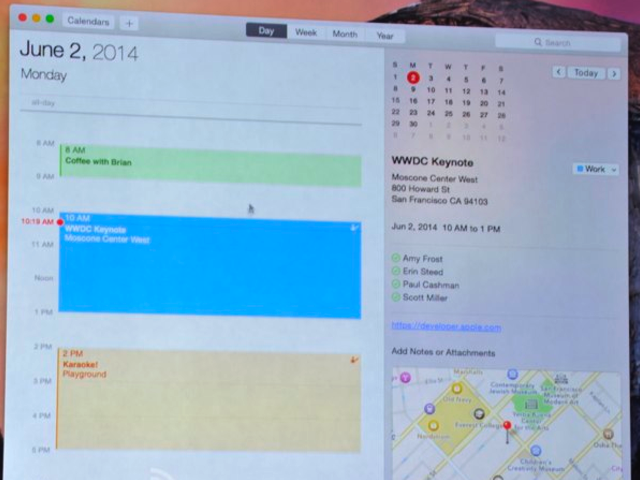 To begin with, Yosemite comes with a dark mode, so users can have dark gray toolbars instead of the white translucent framing of previous versions. With OS X 10.10, Notification Center is also getting a refresh with a today view that shows users their full day ahead along with a notifications pane. Calendar also has a new day view, along with a right-side bar that gives users the details of their appointments. 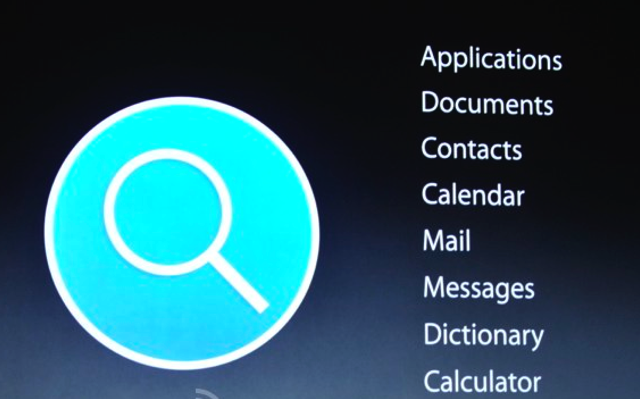 Next comes the all new Spotlight, which now shows up as a big search bar n the middle of the screen, with results popping up beneath it as users search. Additionally, it can do conversions such as for distance (feet to meters), and can also give you food recommendations and movie times, depending on what you’re looking for. 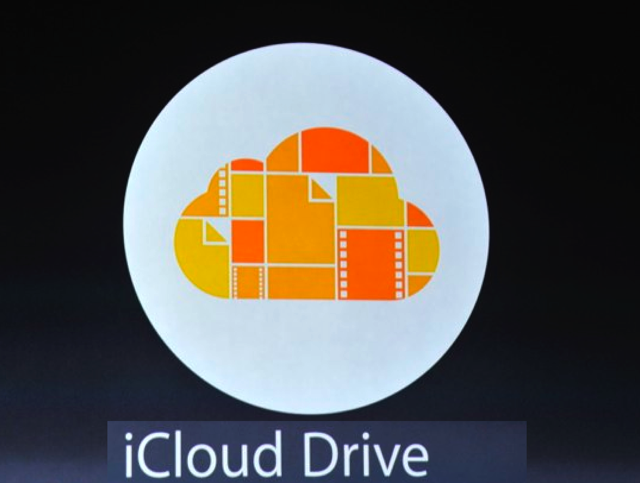 OS X Yosemite also brings the all new ‘iCloud Drive’. With the new feature, all of your iCloud drive files are available in folders from Finder. Those files are auto-synced across devices and are fully searchable and taggable. 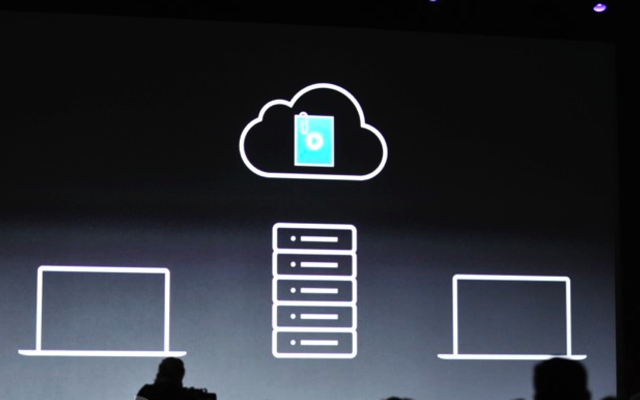 Another brand new feature introduced in OS X 10.10 is ‘Mail Drop’, a new feature that’ll allow users to email attachments up to 5GB in size. Mail Drop automatically separates the file from the email, uploads it into iCloud and forwards a link to the file along with the email. Mac users will get the file without clicking, while other clients can get to it through the link. 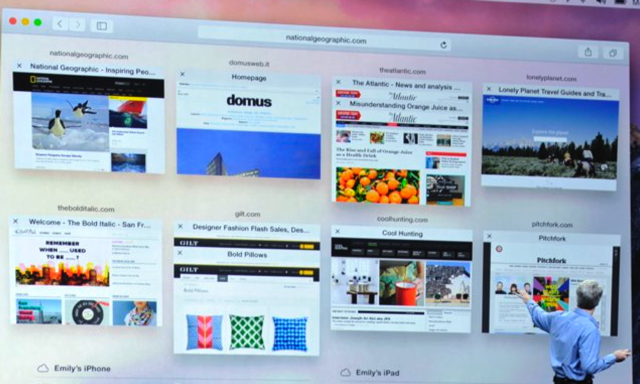 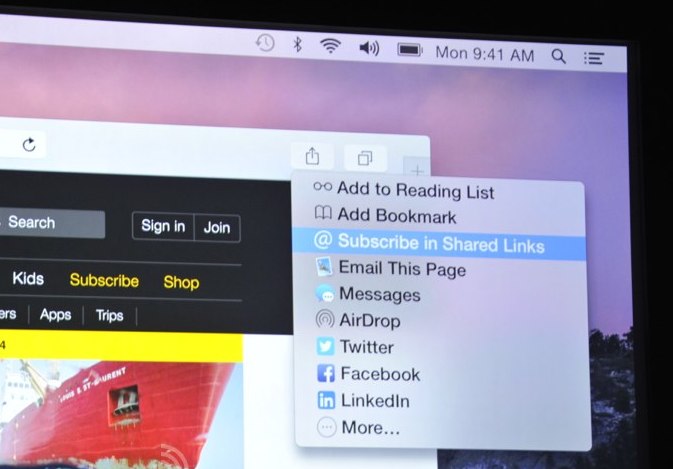 The updated Safari has a much cleaner look. It replaces default visibility of Favorites bar with Favorites popping up as soon as you click on the address bar. Other enhancements include RSS feeds in Safari sidebar, and one-click social sharing with a single button in the right-hand corner. Similarly, a new image-handling feature in Mail allows users to add annotations, markups (similar to Skitch) before emailing. 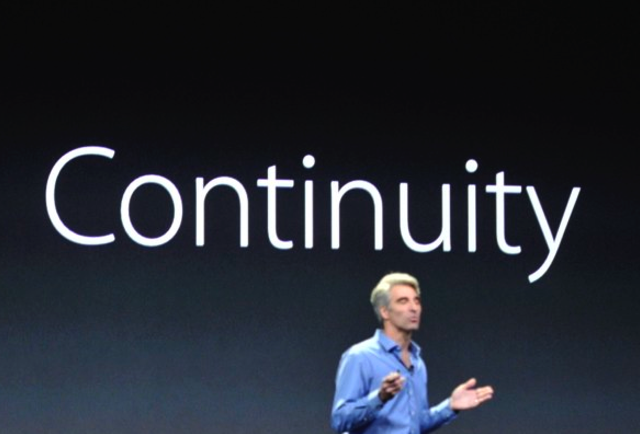 The most amazing new features of Yosemite is perhaps what Apple calls ‘Continuity’, which is basically a collection of features that streamline the workflow between iOS and OS X. First of all, AirDrop now works between iOS and Mac. Then comes ‘Hand-off’, which allows for different iOS and Mac devices to be aware of what the others devices on the same network are doing.  Craig demonstrated the feature with an email being composed on his iPhone, and the dock on the Mac populated an icon prompting him to finish things up on the MacBook. Awesome! 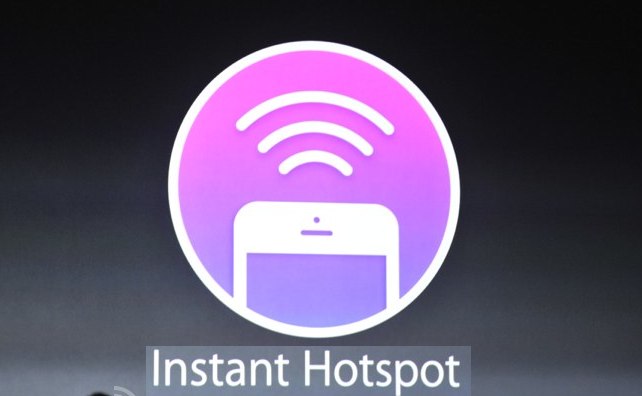 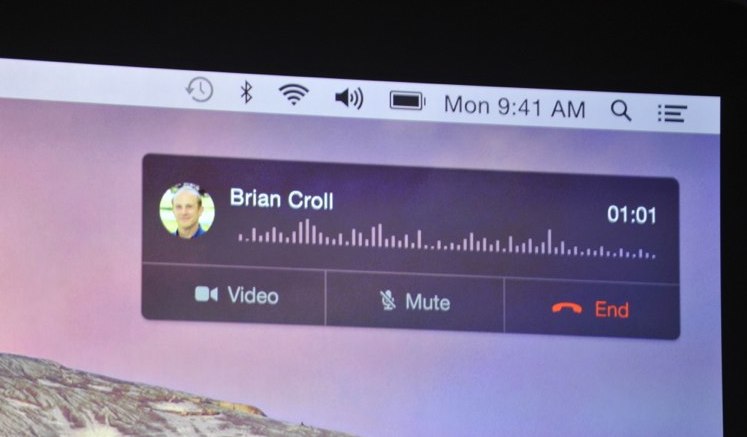 Additionally, if a Mac is currently without WiFi, it’ll sense when user’s iPhone is around and will provide that iPhone as an option in its list of network, making tethering super easy. Furthermore, users can now receive and make calls from their Mac or their iPhone (a notification pops up onscreen to ask if you’d like to answer.) And, if a phone number shows up on a webpage, users can highlight and dial it directly from the Mac. 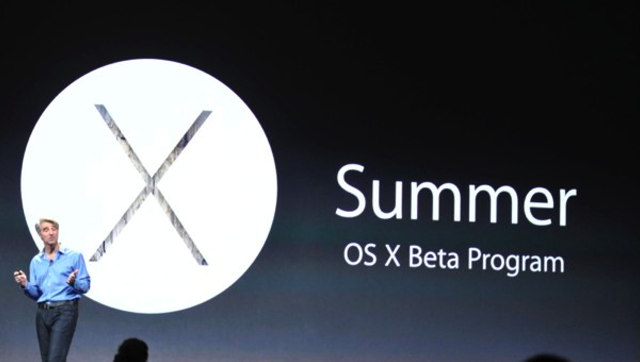 OS X 10.10 Yosemite will be available to download for developers starting today, with everyone else getting it for free in the fall. Apple has announced it will also open Yosemite to some non-devs this summer through a beta program.

Samsung's annual Unpacked event is being held tomorrow, February 1st. Unveiling the latest flagship devices, including the Galaxy S23 series. It's likely that there will also be other surprises to be had. Here's how you can watch the digital live-streamed event and not miss a moment. Each year, Samsung hosts its Unpacked event and reveals...
Steve Vegvari
52 mins ago