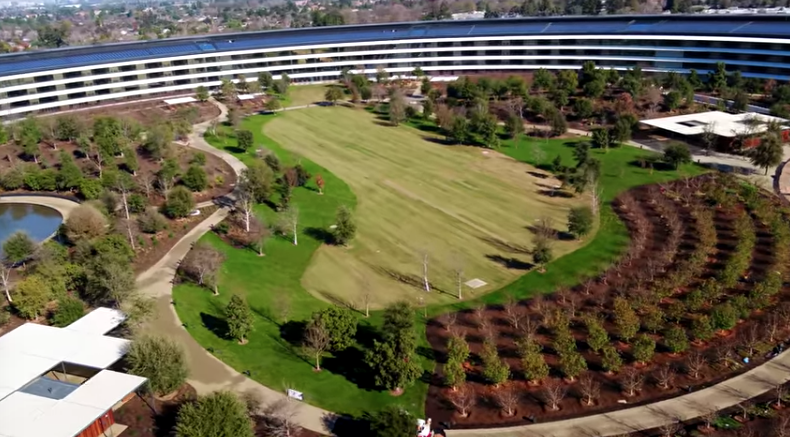 According to Sinfield, “Much of the large construction equipment has been removed from the campus as it is no longer needed. Landscaping gets a finishing touch.”

The three minute video shows off the landscaping of the site’s inner ring, now showing lush green grass and more trees planted. From the skies, Apple Park at its near completion looks stunning.