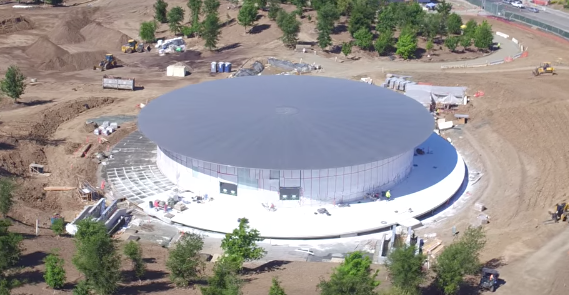 The flyover covers the 175-acre campus in Cupertino, highlighting how the building’s surroundings continue to get more landscaping. We also see the Steve Jobs Theatre painted white along its exterior perimeter. The video also shows footage of workers on site moving about the grounds, which still require paving of roads and much more landscaping, particularly in the middle of the ‘ring’.

Check out the video below, which has a different editing style this time compared to before:

Apple announced in February the campus would open to employees in April, but the site is not close to completion just yet. The campus buildings will be able to house 13,000 employees once finished.