A newly published Apple patent discovered by AppleInsider suggests that the company is looking into alternatives for creating a clean and simple design of the iPhone. The patent describes a concept that puts the front camera inside the earpiece speaker grille and adds a flash module to illuminate selfies.

The patent for “Electronic Device with Camera Flash Structures” describes a handset with a front-facing camera and flash hidden under the speaker mesh. This contrasts with the current design of the iPhone, which has the camera and ambient sensor respectively top-left and left of the speaker hole on the handset. And it has flash only on the rear of the device, so it cannot illuminate selfies. 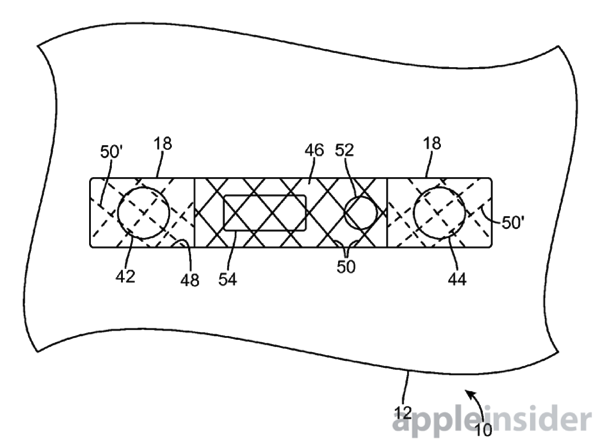 Apple allegedly wants to remove – or at least has experimented with the idea – the holes for the camera and light sensor for a much cleaner design by putting the hardware inside the speaker hole. According to the company, by putting the camera and flash inside the earpiece grill, the iPhone will have a much cleaner design, as they become invisible to the eye.

In addition to illuminating selfies, the camera flash could serve as a notification indicator for users, Apple says in the patent filing.

The patent was first filed by Apple last year in February, and credits Lee. E. Hooton and Kelvin Kwong as inventors.