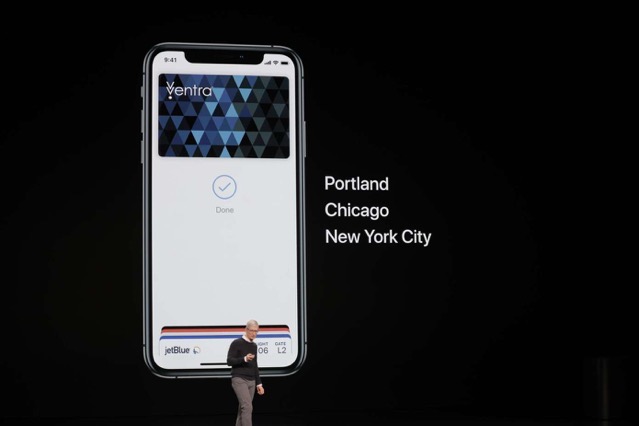 Apple has today announced that Apple Pay support is coming soon to transit systems in major U.S. cities, allowing users to tap their iPhone or Apple Watch to pay for their ride (via TechCrunch).

While the company did not give out a lot of details, it did note that transit systems in New York City, Chicago, and Portland would get Apple Pay support starting later in 2019.

“This isn’t the first time we’ve seen Apple Pay pick up compatibility with transit; support went live in Beijing and Shanghai, for example, nearly a year ago. Still, more cities is a great thing, if only because it makes it that much easier to figure out the transit system when you land somewhere new.”

Subways and rails in London, Moscow, Tokyo, and Guangzhou already support the ability to pay for fares with Apple Pay. Transit systems in Shanghai and Bejing allow users to add their pre-loaded transit cards to Apple Pay with a service called Express Transit. It is likely that similar functionality will be provided for riders of US metro systems.

As for Canada…well, the TTC says they have future plans to integrate but who knows when that will actually happen.

You can learn more how the Express Transit service works at this link.

Google today announced a major update for the Google Home app that brings a fresh new design, Matter integration, support for both Wear OS and the web, and plenty of new features. The company said it set out to reimagine Google Home because the number of average connected devices per user has gone up from...
Nehal Malik
12 mins ago