Apple Pay expanded into Australia earlier this year, as ANZ launched support for the mobile wallet in April, the first big bank down under. In just four months of adopting Apple Pay, ANZ revealed it quickly hit 250,000 users.

Australia’s big banks are still holding out on Apple Pay, taking their case to the country’s competition regulator, the Australian Competition and Consumer Commission (ACCC), as the labelled bank ‘cartel’ is demanding Apple open up their NFC chips in the iPhone to third parties.

Apple fired back at these banks in August, to say opening up NFC to these banks would be anti-competitive for consumers, let alone come with security risks.

Now it appears Apple Pay may be expanding beyond ANZ, as macOS 10.12.1 contains an image for eftpos, Australia’s debit network (their equivalent of Interac in Canada). Image of the Australian eftpos logo is located among placeholders for American Express, UnionPay, Discover, Interac, MasterCard and Visa. 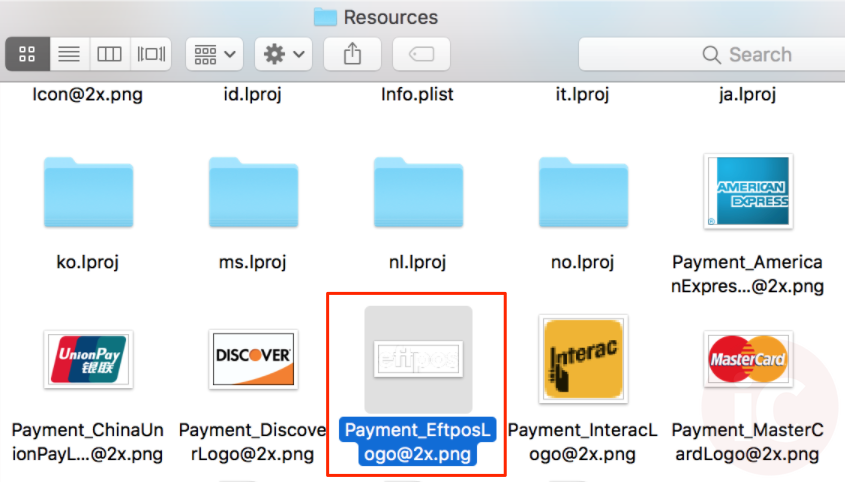 The eftpos logo is found in the same folder where Apple accidentally included images of the next MacBook Pro, revealed yesterday.

Interestingly enough, eftpos had pledged support for Australian banks in the ACCC submission against Apple, but the addition of their logo for Apple Pay suggests they may be thinking twice about boycotting the mobile wallet.

Meanwhile, other banks may be jumping onto Apple Pay in Australia. Some People’s Choice Credit Union customers are now starting to see Terms and Conditions appear, when they try adding a card to Apple Pay. We know from experience in Canada when this pops up, Apple Pay is coming in the near future. 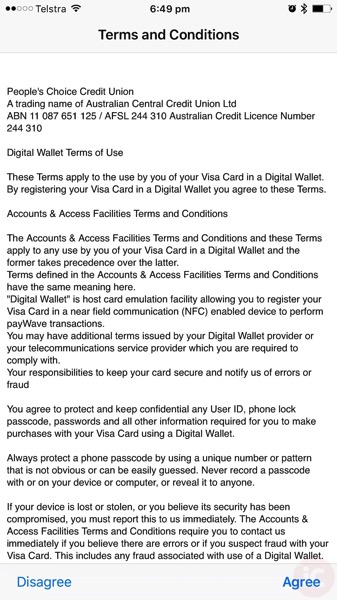 After waiting so long for Apple Pay to arrive in Canada, it’s always interesting to hear about the global expansion of the mobile wallet. Apple Pay takes your iPhone 6 or newer and Apple Watch to another level when shopping—or for taking public transit, as customers in Japan are now experiencing.

Thanks Daniel from down under!