The images show a contextual OLED touch panel above the number keys, which also supports Touch ID in the top right corner to authenticate Apple Pay purchases. The product image below, found in macOS 10.12.1, shows an Apple image of the process: 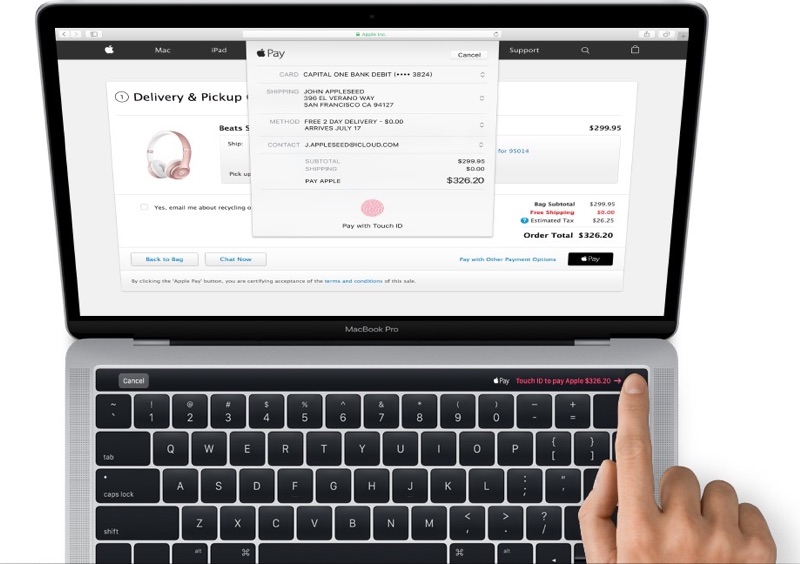 The MacBook depicted above looks very thin, sports butterfly mechanism keys from the 12-inch Retina MacBook it appears, plus has speakers flush along the sides.

Another close-up image shows more detail on the ‘Magic Toolbar’, which looks pretty slick, integrated above the number keys:

Update: You can see these files yourself at /System/Library/PrivateFrameworks/PassKitUI.framework/Resources/ on your Mac, running macOS 10.12.1 (via Six Colors).

Here’s another image, which we found in the folder–and gives a better look at the Touch ID sensor (is it a physical button too with haptic feedback?): 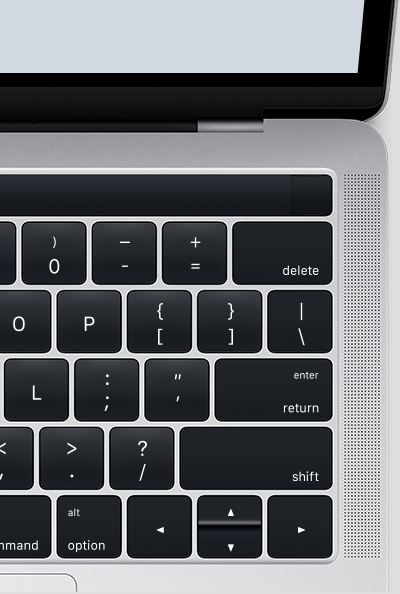 Apple will hold its “hello again” Mac event on Thursday, October 27, at its Cupertino headquarters. The live streamed event will kick off at 10AM PDT/1PM EDT.