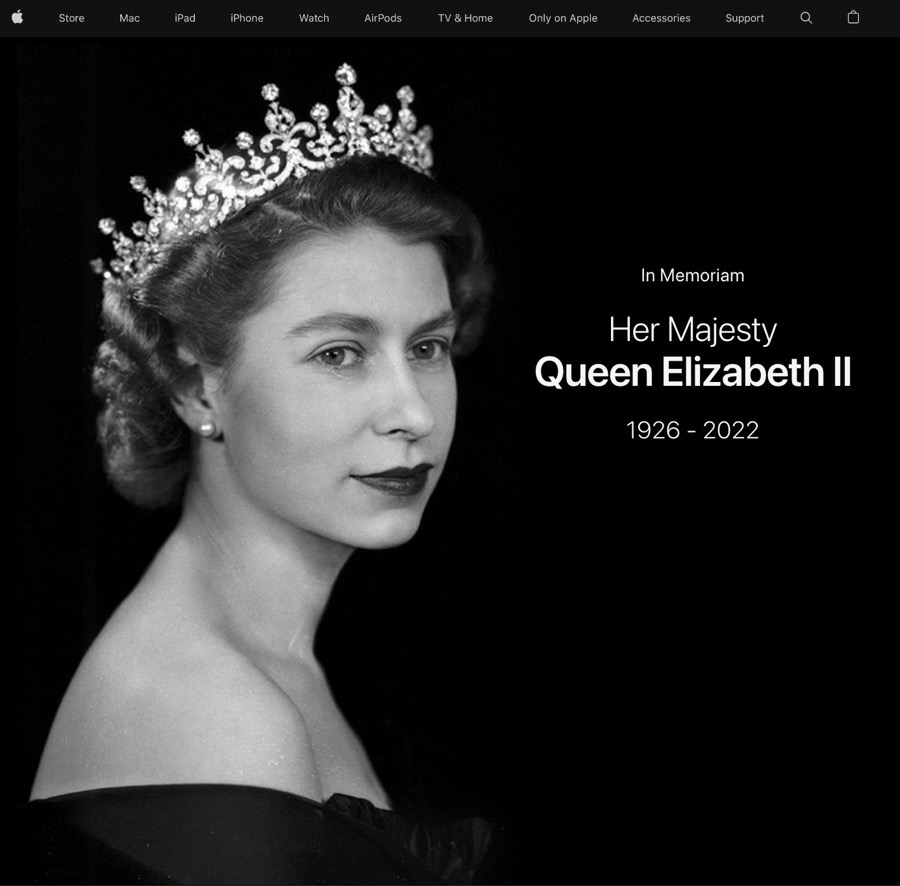 At 10:30 am PT this morning, The Royal Family announced “The Queen died peacefully at Balmoral this afternoon,” ending her 70-year reign as the longest-serving monarch in history.

The Queen died peacefully at Balmoral this afternoon.

The King and The Queen Consort will remain at Balmoral this evening and will return to London tomorrow. pic.twitter.com/VfxpXro22W

On Thursday afternoon, Apple changed the homepage of its U.S. website to pay tribute to “Her Majesty Queen Elizabeth II”, sharing a picture taken by Dorothy Wilding back on February 26, 1952, and from the National Portrait Gallery in London.

but for now, rest in peace to The Queen.

Samsung Canada has just announced the LCD Glass Panel Replacement Program, a new repair service that serves as a more environmentally conscious option for replacing LCD screens on select Samsung devices. Through the new program, customers will receive high-quality repair service that will replace a damaged LCD glass on their smartphone instead of having to...
Usman Qureshi
3 mins ago

Facebook has today announced some new ways to customize what you see in your Feed, including an option to select 'Show more' or 'Show less' on a post to see more of what you want and less of what you don’t. Along with updates from your friends, Groups, and Pages, Facebook recommends posts from creators...
Usman Qureshi
20 mins ago