It might make sense for Apple to look at the struggling fitness company Peloton as a potential acquisition. 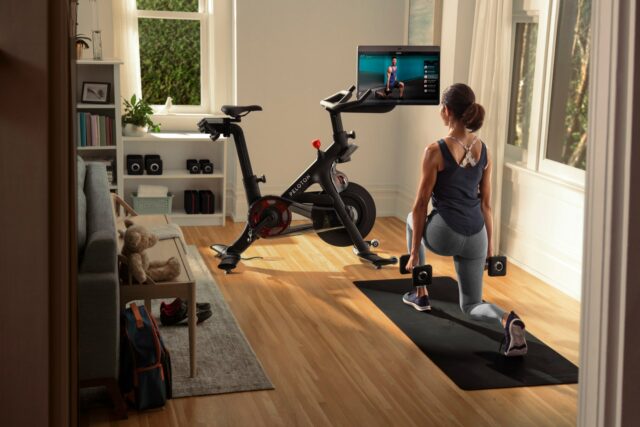 The at-home fitness company was approaching a $50 billion USD market cap 12 months ago, but it has since fallen out of favor with Wall Street as the pandemic surge has faded. At the same time, Apple is in the midst of making a big push in the health and wellness space.

As such, the idea of Apple acquiring Peloton is becoming more popular among market observers, with the possibility being analyzed in a new report from The Information.

“If Peloton is to have a future, it would be better off as part of a bigger, more diversified company,” reads the report. “Apple is an ideal candidate to take on that project. It has the Fitness+ subscription service for classes and it markets the Apple Watch as a device that can help with jogging and other exercise activities. It could close Peloton’s stores and sell the equipment through its own stores. And hey, after today, Peloton’s market capitalization is down to $7.9 billion [USD]. Cook could pay for that by dipping into the change jar in his kitchen.”

First, Apple could easily afford to buy Peloton, whose market cap was just under $8 billion USD at the time the market closed on Thursday. Apple, by comparison, is worth around $2.7 trillion USD.

Second, there isn’t a better company when it comes to forecasting customer demand and managing the supply chain than Apple. CEO Tim Cook Cook is famously an operations person, something Peloton desperately needs right now. Apple could easily trim back expenses, increase production efficiency, and leverage what Peloton does best — recurring subscription revenue.

More importantly, however, Apple has made no secret of the fact that fitness is one of its core growth areas — it has a service of its own, Fitness+. What it doesn’t have is any compelling first-party hardware, other than the AppleWatch. For that matter, there isn’t really much in the way of a third-party ecosystem taking advantage of GymKit, Apple’s framework that allows manufacturers to integrate with its products.

Take a look at the entire report over at The Information.