The company’s leaders, Nicolas Pinto and Zak Stone, are both established AI researchers who specialize in developing image-recognition systems using deep learning. Deep learning is an approach to artificial intelligence that lets computers learn to identify and classify sensory input.

The iPhone maker confirmed the acquisition with its standard boilerplate statement, saying “Apple buys smaller technology companies from time to time, and we generally do not discuss our purpose or plans,” according to Colin Johnson, an Apple spokesman. 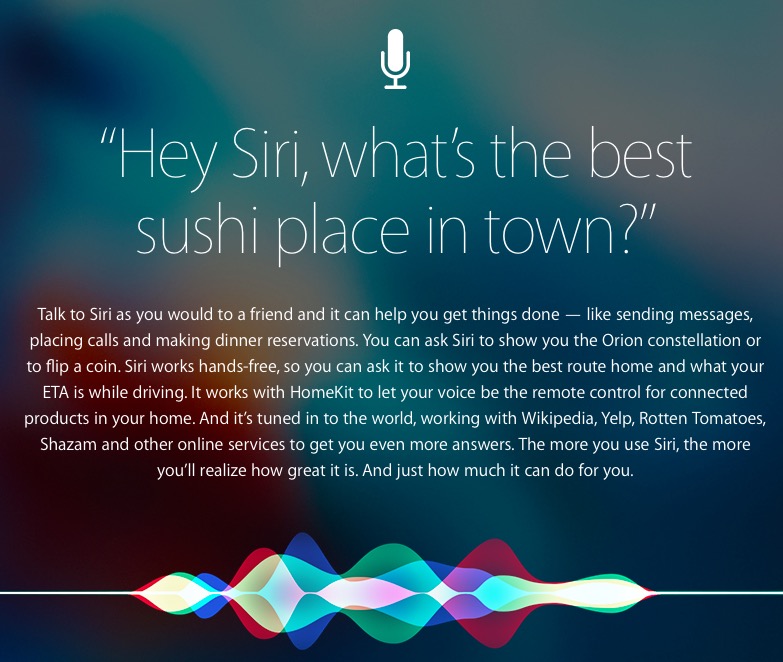 There’s not much known about Perceptio, as the company has no official website, but Re/code had this to say about the startup’s founders—who have PhD’s in artificial intelligence from Harvard and MIT, respectively—last year:

Stone and Pinto are the co-founders of a startup called Perceptio, and they do have a problem they very much want to solve: Making phones do super advanced computations without storing their owners’ personal data in the cloud. Their technique of choice is deep learning, the particularly trendy subset of machine learning that’s based on models of how the human brain recognizes patterns.

The pair already have an iOS app called Smoothie, one of their first apps launched that focused on facial recognition.

So the goal here is to offer AI and deep learning on your device, without requiring the need to access info from the cloud, bypassing an Internet connection and also possibly saving you data, by having processing happen directly on your iPhone.

Last week, Apple acquired UK-based startup VocalIQ, expected to possibly assist Siri as the company focuses on helping computers converse more with natural language from humans. With so many unique acquisitions, it’s going to be interesting to see what Apple has to announce in the future.