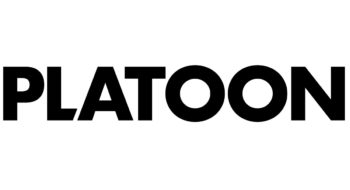 A new report from Music Business Worldwide explains that the start-up — which describes itself as “platform for the most fearless creatives” — offers a range of distribution, funding and marketing services to emerging and unsigned artists.

The startup was founded in 2016 by 40-year music industry veteran Denzyl Feigelson and venture capital kingpin Saul Klein, who co-founded defunct British video-on-demand service LoveFilm and was an early executive at Skype.

“The Apple deal gives Platoon the backing and resources to accomplish its vision and continue its goal to develop original music and visual content – while leaving artists free to sign with who they want and distribute their music where they want,” reads the report.

Platoon offers a range of distribution, funding and marketing services to up-and-coming and unsigned artists—especially to artists who are wired into modern youth culture.

Platoon works primarily with musicians — but also other creators like writers — to produce, distribute and sell their work, using analytics to source talent, and figure out the best way to target, and market that content. It’s basically the modern-day tech equivalent of A&R services.

Music Business Worldwide quotes a “source close to Platoon” as saying: “The Apple deal gives Platoon the backing and resources to accomplish its vision and continue its goal to develop original music and visual content – while leaving artists free to sign with who they want and distribute their music where they want.”

Co-founder Saul Klein’s movie rental service Lovefilm was acquired by Amazon in 2011, becoming the lynchpin of their Prime Video service. Prior to launching Platoon, Feigelson worked with Apple for over 15 years on their live events and artist relations.

Amazon has announced it’s holding another shopping event for Prime members only, set to take place on October 11-12. The news confirms previous reports a second Prime Day-like event was coming this fall. The online retailer is calling the event the Prime Early Access Sale, a two-day global shopping event that’s only for Prime members. […]
Gary Ng
42 mins ago