Apple has launched a new Data and Privacy page on its website, allowing individual users to check and download all the data the company has collected from them. 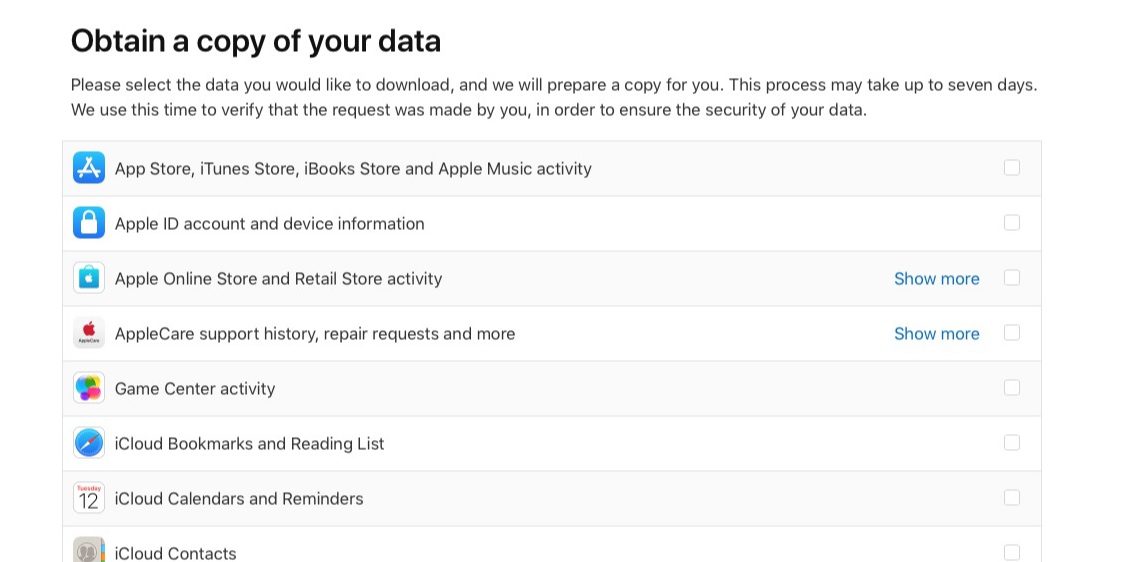 That’s according to a press release from Apple (via 9to5Mac), which explains that this updated Data and Privacy tools allows Apple users to download a version of the data the company holds on their usage of its apps and services. Apple said this may include purchase or app usage history and data stored with Apple, such as calendars, photos or documents.

While customers can download the data, the file won’t be offered right away, but Apple says it will notify everyone when the data is ready. There are also several options to prepare the download, including the maximum file size. In other words, Apple can split the data into smaller archives depending on your settings – the maximum file size that you can configure is 25GB.

Apple’s data collection is more significant than some people expected. It includes your activity across all of Apple’s various online stores, all of your AppleCare activity, all of your iCloud data, Apple ID account and device information, and a catchall category called “Other data.”

That data can include information such as:

To find the site, sign in to your Apple ID account page on a Mac, PC, or iOS device. Then scroll down to Data and Privacy and select “Manage your data.”

The data service is initially available in EU countries, Iceland, Liechtenstein, Norway, and Switzerland, but Apple said it plans to expand the options across the rest of the world later this year.

TikTok has revealed its 2022 year in review, highlighting the latest trends, creators, movements and moments that made this year one to remember in Canada and around the world. According to the social network, it says the “TikTok community elevated and celebrated creative expression in new ways–discovering, creating and sharing content that captured our collective imagination.” […]
Gary Ng
36 mins ago