Facebook will comply with strict new European data privacy laws set to come into force in May, but it will also continue to serve targeted ads based on user data. 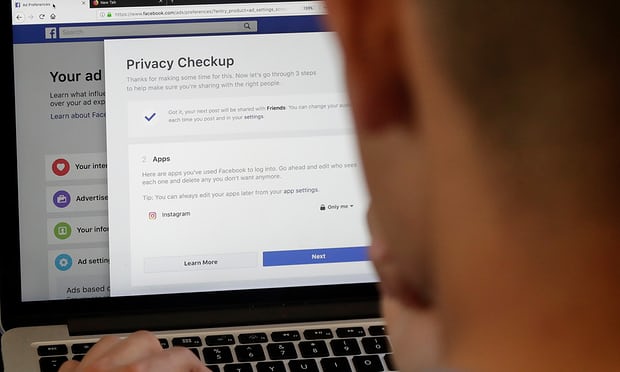 The company says in a statement Tuesday that it will begin asking customers this week for permission to use features like facial recognition and some types of targeted advertising.

“Everyone – no matter where they live – will be asked to review important information about how Facebook uses data and make choices about their privacy on Facebook,” write Facebook’s chief privacy officer Erin Egan and deputy general counsel Ashie Beringer. “We’ll begin by rolling these choices out in Europe this week.”

The company is only required to seek the new permissions in the European Union, but it plans to roll them out to all Facebook users, no matter where they live. The move follows Mark Zuckerberg‘s stated goal to apply the spirit of GDPR worldwide.

When Facebook users log in during the coming weeks, they will be asked to agree to the company’s updated terms of service, and to make specific choices in a number of areas defined by the new law.

“We’re not asking for new rights to collect, use or share your data on Facebook, and we continue to commit that we do not sell information about you to advertisers or other partners,” the post continues.

On May 25, the new General Data Protection Regulation (GDPR) will be enforced across the European Union. The aim of GDPR is to return control of personal data to the individual by ensuring companies follow a new set of data protection compliance rules. If they don’t, then penalties of up to four percent of worldwide turnover, or $25 million USD will have to be paid.

Facebook is one of the companies that needs to adjust its data collection and use practices so as not to fall foul of this new regulation. Add to that the continuing fallout from the Cambridge Analytica debacle, and you can understand why the social network is keen to comply with GDPR as soon as possible.