Apple has launched a new page on their website which details the company’s commitment to your privacy. CEO Tim Cook explains the reasons why the website was created and more:

We’re publishing this website to explain how we handle your personal information, what we do and don’t collect, and why. We’re going to make sure you get updates here about privacy at Apple at least once a year and whenever there are significant changes to our policies. 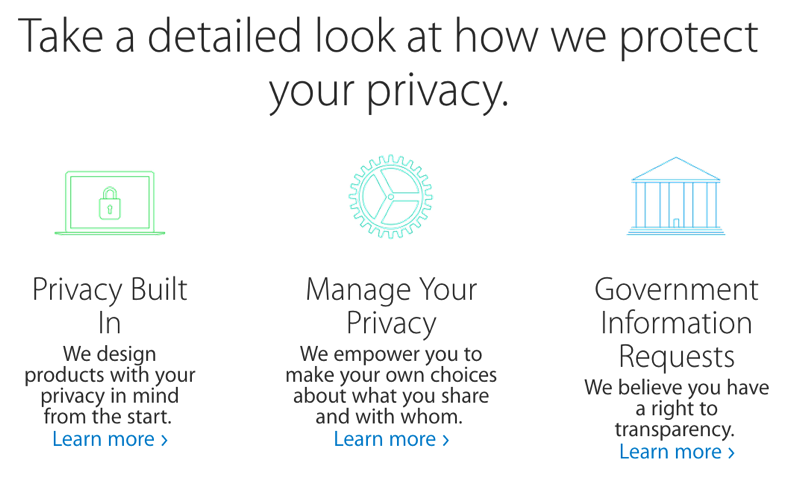 Cook goes on to reiterate Apple is in the business of selling great products—and not collecting your data:

Our business model is very straightforward: We sell great products. We don’t build a profile based on your email content or web browsing habits to sell to advertisers. We don’t “monetize” the information you store on your iPhone or in iCloud. And we don’t read your email or your messages to get information to market to you. Our software and services are designed to make our devices better. Plain and simple.

The CEO goes on to address allegations Apple has worked with governments on ‘back doors’ and denies the company ever has or will:

Finally, I want to be absolutely clear that we have never worked with any government agency from any country to create a backdoor in any of our products or services. We have also never allowed access to our servers. And we never will.

On the section of the website detailing government information requests, Apple says devices running iOS 8 will have their data safe, as the company can no longer bypass your passcode and get your data. So if a government seeks a warrant for data, Apple themselves cannot extract your details from a device running iOS 8:

On devices running iOS 8, your personal data such as photos, messages (including attachments), email, contacts, call history, iTunes content, notes, and reminders is placed under the protection of your passcode. Unlike our competitors, Apple cannot bypass your passcode and therefore cannot access this data. So it’s not technically feasible for us to respond to government warrants for the extraction of this data from devices in their possession running iOS 8.

Cook discussed these privacy issues in the second part of his interview with Charlie Rose. Apple is not into collecting user data, rather it’s in the business of selling great products. When he refers to companies collecting data, it’s a subtle jab at competitors such as Google (and even Facebook), which relies on user data as part of their business model. Apple wants to make it clear they aren’t part of that, at all. 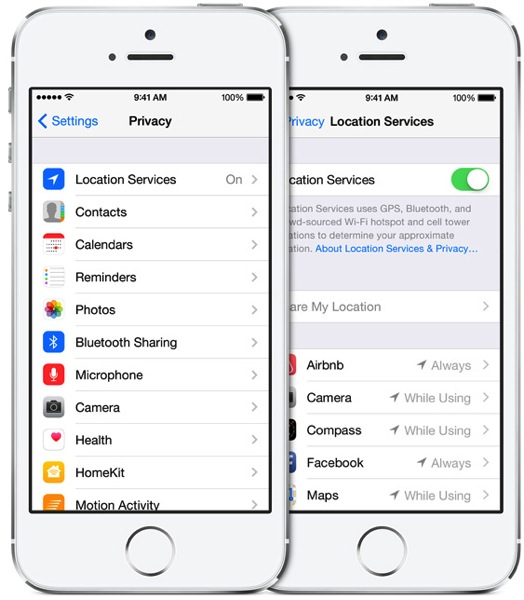 If you want to learn how to manage your privacy better on iOS devices, check out the tips on this page.