Apple has released a new support document which details iOS diagnostics capabilities, in what appears to be a response to claims by security researcher Jonathan Zdziarski that the company is aware of ‘backdoors’ in iOS.

The following three services are outlined by Apple in the same order they appeared in Zdiarski’s HOPE/X presentation slides, seemingly a sign the support document is a response to the allegations:

pcapd supports diagnostic packet capture from an iOS device to a trusted computer. This is useful for troubleshooting and diagnosing issues with apps on the device as well as enterprise VPN connections. You can find more information at developer.apple.com/library/ios/qa/qa1176.

file_relay supports limited copying of diagnostic data from a device. This service is separate from user-generated backups, does not have access to all data on the device, and respects iOS Data Protection. Apple engineering uses file_relay on internal devices to qualify customer configurations. AppleCare, with user consent, can also use this tool to gather relevant diagnostic data from users’ devices.

house_arrest is used by iTunes to transfer documents to and from an iOS device for apps that support this functionality. This is also used by Xcode to assist in the transfer of test data to a device while an app is in development.

You can see a preview of the slides Apple is referring to in its support document below: 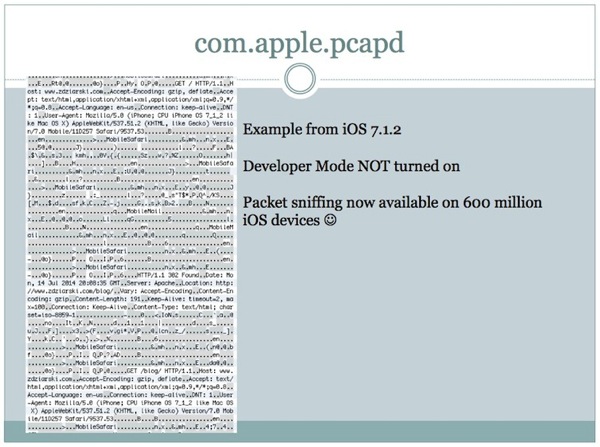 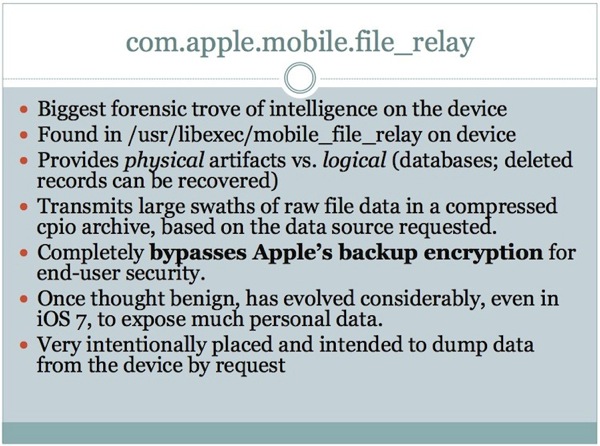 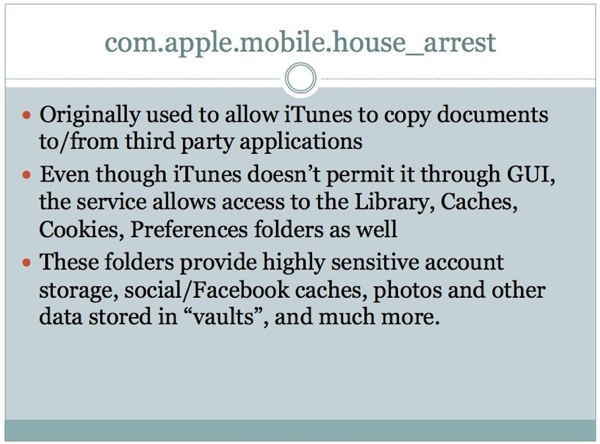 Apple already released a statement declaring “As we have said before, Apple has never worked with any government agency from any country to create a backdoor in any of our products or services.”

Google has joined forces with consumer advocacy group OpenMedia to oppose the Liberal government's controversial Online Streaming Act, also known as Bill C-11. The Liberals tabled Bill C-11 in February as an amendment to the Broadcasting Act. It is designed to give the Canadian Radio-television Telecommunications Commission (CRTC) regulatory authority over online streaming platforms, the...
Nehal Malik
7 mins ago

Apple Music has just rolled out the ability for artists and bands to personalize their profile page with a custom bio, as well as the option to add their hometown, birth date or year formed, and more (via MacRumors). Following the latest updates, artists can now also quickly add lyrics for their songs on Apple...
Usman Qureshi
17 mins ago

According to a new report by CBC News, Halifax Transit's long-awaited fare-paying smartphone app is expected to go live in December, although people will still be able to use traditional paper bus tickets. The latest release timeline was shared earlier this week by Halifax Transit's manager of technical services Mark Santilli at the municipality's transportation...
Usman Qureshi
29 mins ago