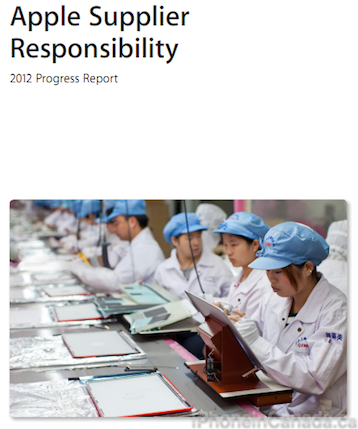 Apple has posted its Supplier Responsibility Progress Report for 2012 on its website that details the steps it takes in dealing with suppliers and how workers are treated.

All companies must adhere to Apple’s Supplier Code of Conduct if they want to do business with them, and part of that includes both scheduled and surprise audits of working conditions in factories and beyond. 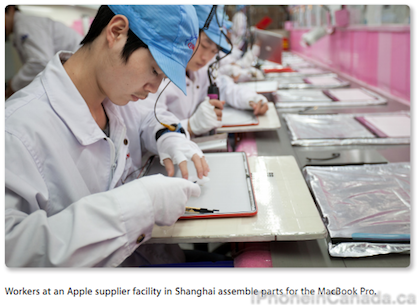 Also, for the first time, we get to see a complete list of 156 suppliers that deal with Apple. Here are some highlights from the 2012 report:

Apple maintains a policy of maximum 60 working hours per week with one day off for employees of its suppliers. However, their report uncovered more than 93 facilities where 50% of employees exceeded these limits. In response, Apple started tracking hours at these facilities themselves and forced companies to revise shifts and training. 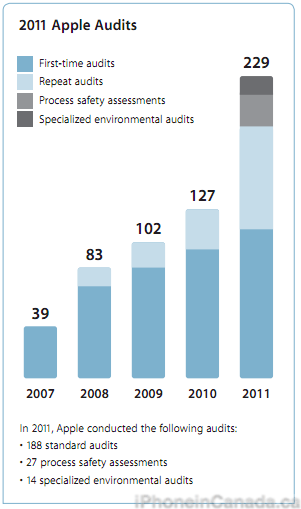 Apple mentioned in the report it is the first technology company to be accepted into the Fair Labor Association (FLA) and plans to open up their suppliers to the their independent auditing team, and adhere to guidelines within two years like all new FLA affiliates:

“We found that Apple takes supplier responsibility seriously and we look forward to their participation in the Fair Labor Association,” said Auret van Heerden, FLA’s President and CEO. “We welcome Apple’s commitment to greater transparency and independent oversight, and we hope its participation will set a new standard for the electronics industry.”

Apple calls this “a level of transparency and independent oversight that is unmatched in our industry.” You can check out the full PDF report here.