UPDATE: Dell has reached out to IIC in a statement saying “We do not have a relationship with Quanta Computer.” Our original story is below.

A group of hackers claim they have attacked and stolen data from Taiwanese manufacturer Quanta, including Apple product blueprints. 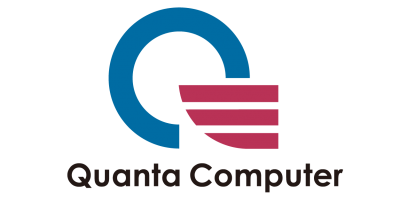 Quanta, one of Apple’s major suppliers, said on Wednesday that it had been hit by a cyber attack and was trying to “recover data” after one of the world’s most notorious hacking gangs, REvil, said it was attempting to extort both companies, reads a new report from 9to5Mac.

The Taiwanese company said it had suffered “cyber attacks on a small number of Quanta servers” and was “conducting detailed investigation to ensure containment and recovery of data are in process.”

According to the report, the hackers said they came into possession of schematics of the Cupertino company’s products, such as MacBooks and the Apple Watch, by infiltrating the network of the Taiwanese manufacturer. The group is claiming it’s now making a ransom demand to Apple after Quanta expressed no interest in paying to recover the stolen blueprints.

“In a message posted on a dark web portal where the ransomware gang usually threatens victims and leaks their data, the REvil gang said that Quanta refused to pay to get its stolen data back and, as a result, the REvil operators have now decided to go after the company’s primary customer instead,” reads a report from The Record.

“Our team is negotiating the sale of large quantities of confidential drawings and gigabytes of personal data with several major brands,” the REvil operators said. “We recommend that Apple buy back the available data by May 1.”

The report says 21 screenshots showing MacBook schematics were posted, and that REvil has threatened to post more each day until the ransom demands are met.

9to5Mac explains that it has seen the documents in question:

The documents in question refer to devices with codenames “J314” and “J316,” dated March 2021 for the Engineering Validation Test prototype stage. As reported by Bloomberg in January, these codenames represent the upcoming 14-inch and 16-inch MacBook Pro. Based on the main logic board schematics for the 16-inch model, the specs confirm the existence of a HDMI port, SD card, and MagSafe for charging.

We also spotted references to previously-unreported “J374” and “J375” models. Based on other findings by 9to5Mac, we believe these are new Mac minis, probably featuring the next-generation Apple Silicon M1X chip. These would offer higher performance and are designed to replace the remaining Intel Mac minis in the lineup.