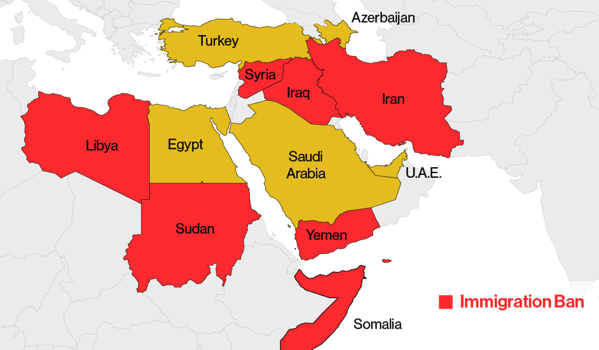 Last week, U.S. President Donald Trump banned immigration from a group of seven Muslim countries, following which tech giants like Apple, Google, Facebook and Microsoft railed against the move, saying it violated the country’s principles and risked disrupting its engine of innovation.

Now, a Bloomberg report is claiming that Trump’s administration has drafted an executive order aimed at overhauling the work-visa programs Silicon Valley technology companies depend on to hire thousands of employees every year. If implemented, the reforms could badly impact the way Apple and other companies recruit talent.

“Our country’s immigration policies should be designed and implemented to serve, first and foremost, the U.S. national interest,” the draft proposal reads, according to a copy reviewed by Bloomberg. “Visa programs for foreign workers … should be administered in a manner that protects the civil rights of American workers and current lawful residents, and that prioritizes the protection of American workers — our forgotten working people — and the jobs they hold.”

U.S. companies use foreign work visas (H-1B visas) to recruit from abroad when they are unable to find qualified local workers. While majority of companies hire for highly technical positions in the fields of science, technology, engineering and math (STEM), in recent years there have been allegations the programs have been abused to bring in cheaper workers from overseas to fill jobs that otherwise may go to Americans.

The proposal is consistent with Trump’s previous stance on pushing companies to add more jobs to the U.S., especially from the technology sector.