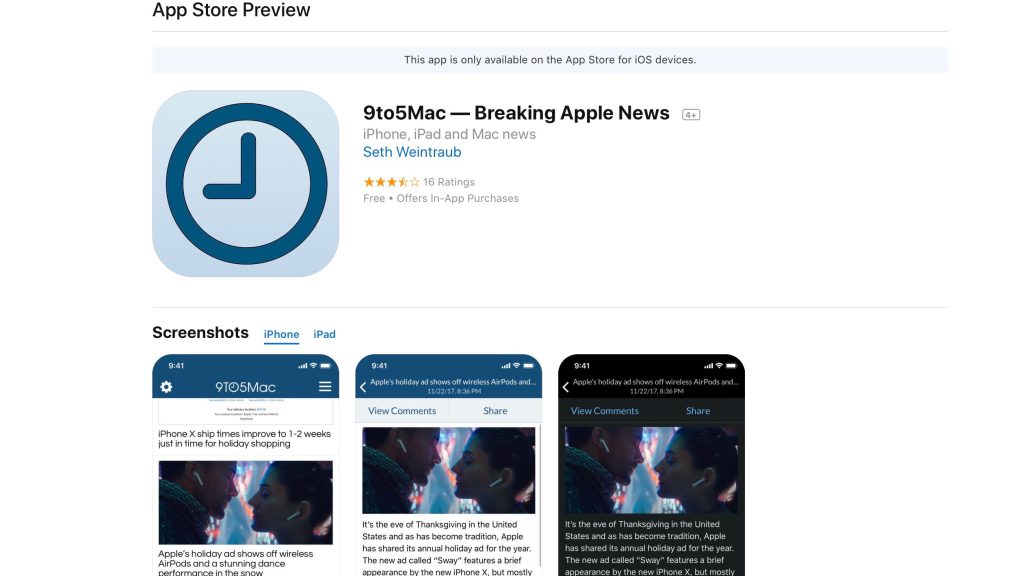 On Thursday, Apple rolled out a redesign of the App Store web interface, with app searches on browsers now rendering a bold design aesthetic that was inspired iOS 11.

Seen above, Apple’s App Store Preview web interface has been revamped to match that of the iOS 11 App Store, complete with prominent icons, larger preview images and a clean page layout.

At the top of every page is an oversized app icon that sits next to an app’s name, developer, star rating and purchasing information, similar to past App Store Preview iterations. On this page, users can see the price of the app and whether or not it offers in-app purchases.

Below the main banner is app screenshots arranged by the device. The app’s description is now displayed below the screenshot module, meaning most users will need to scroll down the page to access the informational text.

Apple launched web previews in 2010, allowing customers to browse mobile apps on a desktop without going through iTunes. Although the online interface has seen updates over the years, today’s change marks the largest shift in presentation and content.