Apple today has released another version of iOS 4 to developers. iOS 4.1 Beta 3 has the following changes:

This latest build, which comes exactly a week since the last build (normally every two weeks), continues to focus on the proximity sensor issue with the iPhone 4, which was not turning off/on properly when people were handling calls.

Additional changes in beta 3 of iOS 4.1 include: 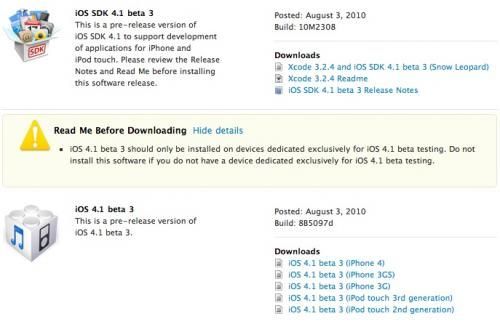 Apple has recently ramped up efforts to diversify its supply chain and production capacity beyond China in the wake of geopolitical tensions between Washington and Beijing, COVID-19 slowdowns at Chinese factories, and more. However, undoing its reliance on China is going to be a long and hard road for the Cupertino, California-based company. According to...
Nehal Malik
59 mins ago