Apple has released iOS 7.1 beta to developers for download. The new build is available for the iPhone, iPad, iPod touch and Apple TV. There is also a new developer preview of Xcode 5.1 as well.

The new build should address bugs that still exist within iOS 7.0.4, which was released last week. There’s no word yet if there are any new features in iOS 7.1 beta, but stay tuned. 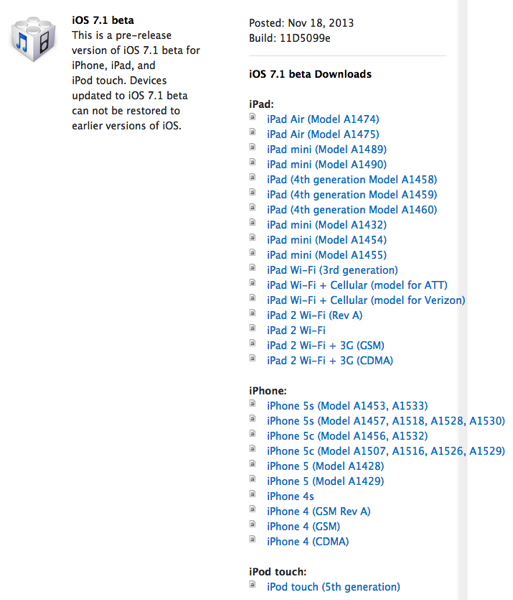 If you’re a developer and not sure which firmware version to download, model numbers are below for Canada and the USA: