Today Apple released a minor update to the latest iTunes 10. The new iTunes is now version 10.2.2 and is available on a PC/Mac via Apple Software Update or from Apple’s website.

The new iTunes 10.2.2 update primarily brings bug fixes with no other major feature updates or enhancements.

â€¢ Addresses an issue where iTunes may become unresponsive when syncing an iPad.
â€¢ Resolves an issue which may cause syncing photos with iPhone, iPad, or iPod touch to take longer than necessary.
â€¢ Fixes a problem where video previews on the iTunes Store may skip while playing.
â€¢Â Addresses other issues that improve stability and performance 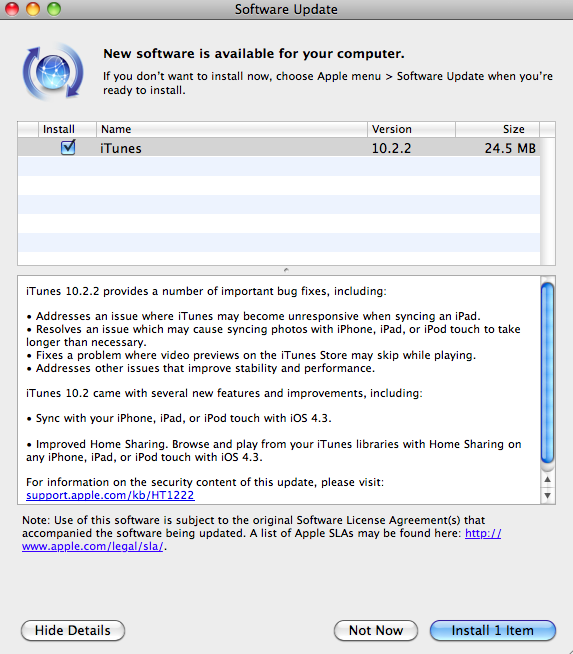 Apple announced this week its Maps team will be driving and walking across six Canadian cities next week. The Apple Maps team will be in Toronto, Montreal, Calgary, Vancouver, Edmonton and Ottawa from Monday, August 8, 2022. Apple says they will be “driving vehicles and wearing specialized backpacks with equipment to help us build the...
Gary Ng
12 hours ago