Apple.com has been updated to add a dedicated tribute to Robin Williams. Apple CEO Tim Cook tweeted out a link to the section on the website, which reads:

We are deeply saddened by the passing of Robin Williams. He inspired us through his passion, his generosity, and the gift of laughter. He will be greatly missed. 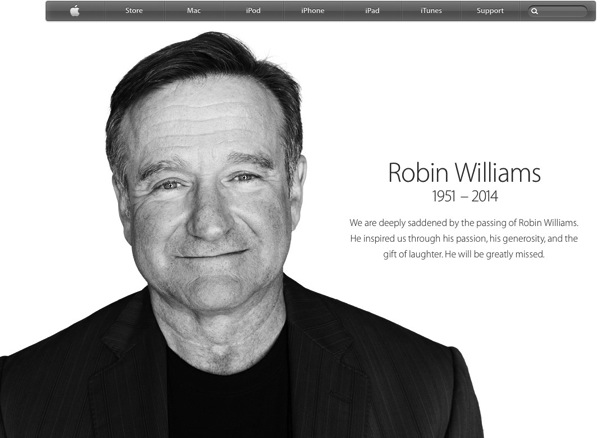 The main page on Apple.com also has a bottom section linking to the new page: 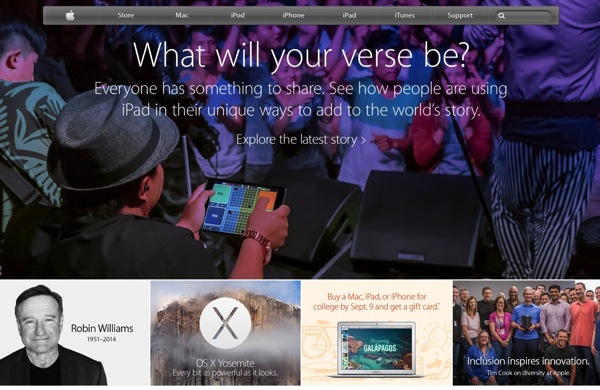 Earlier this afternoon, Apple dedicated a featured section in iTunes showcasing a curated collection of movies starring the comedian in his memorable acting roles.

Amazon announced on Wednesday a new lineup of Fire TV Omni televisions, this time with QLED and also its “smartest TV lineup ever.” The new Fire TV Omni QLED Series is available in 65 and 75-inches, with 4K Quantum Dot Technology (QLED) displays and full-array local dimming for up to 96 zones. Dolby Vision IQ […]
Gary Ng
2 mins ago

Amazon announced an all-new Alexa experience built just for kids today, with the launch of Echo Dot Kids. Echo Dot Kids come with Owl or Dragon designs and a 2-year worry-free guarantee. If your speaker breaks, Amazon will replace it. Also included are parental controls (time limits; explicit lyric filtering) and one year of Amazon […]
Gary Ng
59 mins ago