Apple is expanding a program which allows independent businesses to register to perform approved iPhone repair jobs in the US to Europe and Canada. 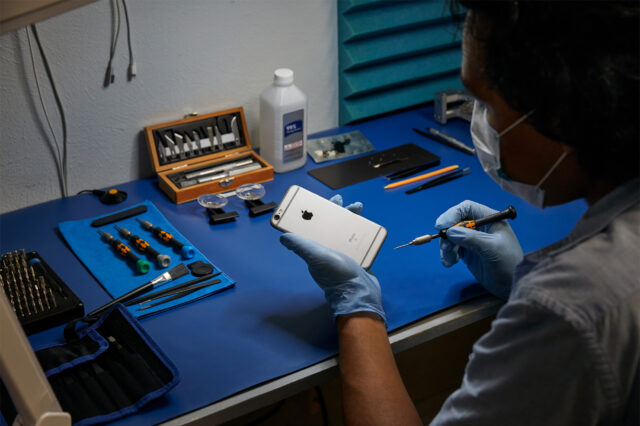 Last year, Apple announced its Independent Repair Provider Program allowing businesses of all sizes to offer repairs on iPhone using genuine Apple parts. Since the announcement, over 140 independent companies have joined this iPhone repair services program to offer 700 new iPhone service locations in the US.

Today, Apple announced the expansion of this program to 32 countries across Europe as well as Canada.

“We are thrilled to expand our independent repair program to more locations across the US and to businesses across Europe and Canada,” said Jeff Williams, Apple’s chief operating officer. “When a customer needs a repair, we want them to have a range of options that not only suits their needs but also guarantees safety and quality so their iPhone can be used for as long as possible.”

The company has been criticized in the past for making its devices difficult or expensive to repair through official channels or for third parties to gain access to genuine parts. This has increased demand for third party components and repairs which can affect device functionality.

Access to repairs has become an increasingly important consideration for customers who are holding now onto their devices for longer. This is partly because of the high cost of new devices but also because of the lack of a compelling reason to upgrade.

Any business that wishes to sign up can do so at Apple’s dedicated Independent Repair Provider page. The iPhone maker has said that it now has more than 5,000 approved service centers worldwide that are capable of making basic repairs. That includes the company’s big tie-in with Best Buy, which can count on upwards of 7,000 Apple-trained staffers on its books.