Apple has been long rumoured to be exploring possible locations to open a flagship retail store along Bloor Street in downtown Toronto.

In 2012, the company was reportedly interested in purchasing the Stollery’s store at Yonge and Bloor streets in Toronto, which would be the location of a flagship store in the heart of downtown. 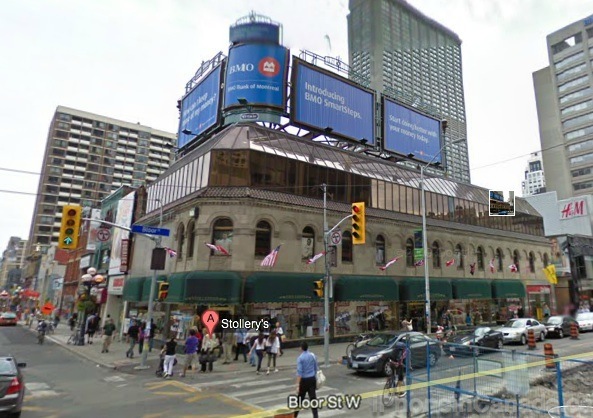 Stollery’s is an iconic store that opened in 1901 by Frank Stollery that carries numerous British and European fashion wear for men and women. In 1968 it was renovated and expanded to from 1500 square feet to its current day size of 30,000 square feet spanning four levels.

However, after nearly four years, the plans may have been abandoned by Apple. The corner property where Stollery’s was located was purchased by Mizrahi Developments, who has proposed plans to build a 80-plus floor condominium tower called The One. In order to plan the design of the tower, Mizrahi partnered with Foster and Partners, the same architect to help design the Apple Campus 2.

According to MacRumors, Mizrahi negotiated a lease agreement with Apple for a three-floor store space with entrances from street level and PATH level (Toronto’s underground transit system). However, the report notes that Apple may be pulling out due to lack of confidence and other concerns. The condominium tower is expected to be completed by 2018. 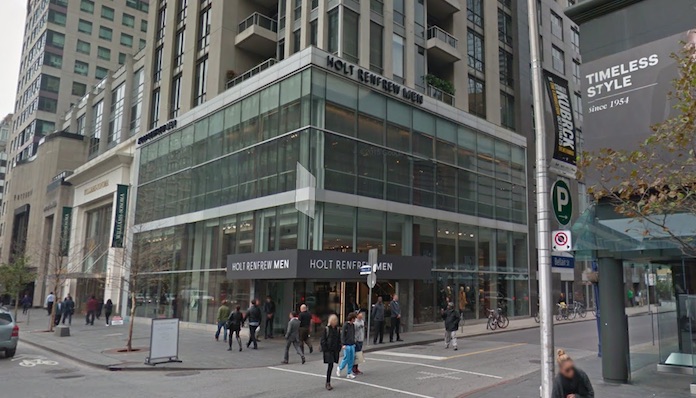 Apple has also considered a retail store location near 100 Bloor Street West, however the location is now occupied by high-end Canadian department store Holt Renfrew. Several stores in the area, including Willans-Sonoma and Pottery Barn, are expected to close down which may create room for Apple.

Be sure to check out MacRumors post for more details of retail store plans in other cities including New York City, Las Angeles, Paris, and more.