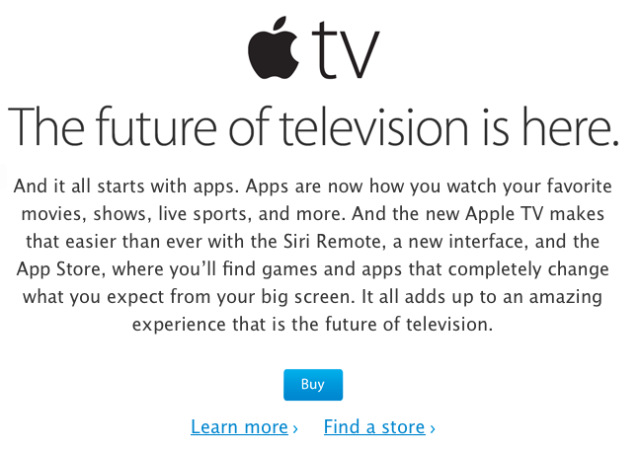 Apple has allegedly iced its live Internet-based television service plans and is turning its attention instead to turning the App Store into a platform for media companies to sell directly to customers, reports Bloomberg, citing a person “familiar with the matter.”

It looks as though the $30–$40 price tag for a 14-channel bundle wasn’t satisfactory for media companies, as they are in the hunt for more, according to the source. Even CBS CEO Les Moonves said in a conference yesterday that Apple had put its live TV plans “on hold,” although he expects the company to eventually offer such a bundle of channels.

Actually, owning a breakthrough technology that revolutionizes the TV experience isn’t enough, because Apple would still be at the mercy of media companies: They would need to provide the content, and it now looks as though inking a partnership – as it did with music companies – will take more time.