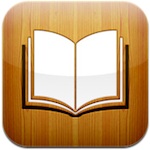 Apple has responded to allegations of collusion with other major book publishers surrounding ebook pricing. Here’s the statement they released, as noted by AllThingsD:

The DOJ’s accusation of collusion against Apple is simply not true. The launch of the iBookstore in 2010 fostered innovation and competition, breaking Amazon’s monopolistic grip on the publishing industry. Since then customers have benefited from eBooks that are more interactive and engaging. Just as we’ve allowed developers to set prices on the App Store, publishers set prices on the iBookstore.

It was noted the other day Apple had pulled their ‘Aikido Move’ to break the grip Amazon had on the book industry. It appears Apple is ready to take on the Department of Justice over these claims they’ve conspired with others over pricing. What do you think? Is Apple innocent or does the DOJ have a case here?