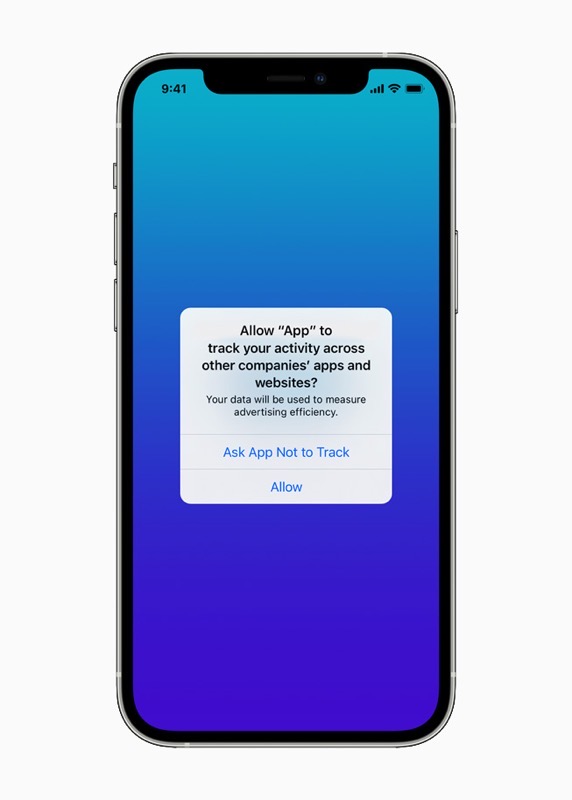 App Tracking Transparency is a privacy feature which requires advertisers like Facebook, Google, and Yahoo to ask iPhone users for their consent before tracking them and collecting their data across third-party apps to serve targeted ads. Apple released the functionality with iOS 14.5 last year.

The government watchdog alleges App Tracking Transparency exhibits favouritism by not subjecting Apple to the same rules as other advertisers.

“The Bundeskartellamt has initiated a proceeding against the technology company Apple to review under competition law its tracking rules and the App Tracking Transparency Framework,” the German regulator said.

“In particular, Apple’s rules have raised the initial suspicion of self-preferencing and/or impediment of other companies, which will be examined in the proceeding.”

Apple’s App Tracking Transparency framework has dealt significant blows to advertisers who traded primarily in personalized ads. The feature is expected to cost Facebook $10 billion USD over the course of 2022. At the same time, Apple has seen its own ads revenue surge as more customers flock to the tech giant for more effective advertising on its platforms.

iPhone users can also restrict Apple from tracking them to serve targeted advertising. However, some of the App Tracking Transparency framework’s other, newer rules don’t seem to apply to Apple.

Andreas Mundt, President of the Bundeskartellamt, believes this raises concerns relating to preferential treatment of the company’s own apps and hindering competition.

“A corporation like Apple which is in a position to unilaterally set rules for its ecosystem, in particular for its app store, should make pro-competitive rules,” he said. “We have reason to doubt that this is the case when we see that Apple’s rules apply to third parties, but not to Apple itself.”

Apple issued a statement to iMore refuting the Bundeskartellamt claims. “Privacy has always been at the center of our products and features. At Apple, we believe that a user’s data belongs to them and they should get to decide whether to share their data and with whom.”

“These rules apply equally to all developers — including Apple — and we have received strong support from regulators and privacy advocates for this feature,” the company added. “Apple holds itself to a higher privacy standard than almost any other company by providing users with an affirmative choice as to whether or not they would like personalized ads at all.”

The company concluded by saying it would “continue to engage constructively” with the investigation and address any of the Bundeskartellamt’s questions.

If you thought OpenAI's ChatGPT is impressive, wait till you see what Google has been working on — if the company lets you, that is. Among Google's many endeavours in artificial intelligence (AI) and machine learning is MusicLM, a model the company created to generate original music from rich text prompts (via TechCrunch). Google researchers...
Nehal Malik
14 mins ago