As noted by ifoAppleStore, Apple has posted retail job listings for the United Arab Emirates, indicating that the Cupertino giant may be getting ready to open its very first retail store in the Middle East. While there is no indication of exactly where the store will open in UAE, hiring schedules suggest the store is already under construction and may open by February 2015. 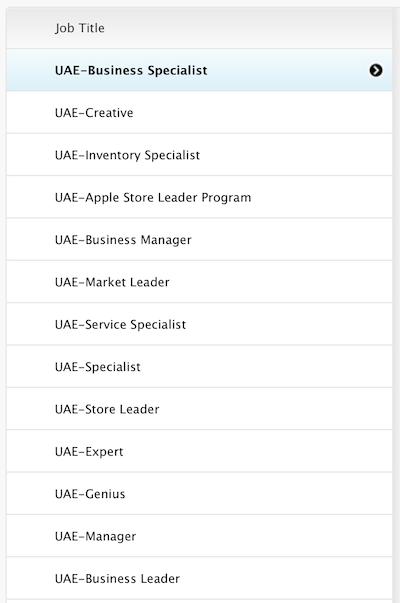 UAE is a country of nine million residents with its economy and technical sophistication ranking very high on a global scale. With over 85% of the country’s residents being expatriates from other countries, it hosts millions of tourists each year which makes it a perfect Apple store target.

“There are many potential locations for the future store in the emirates of Abu Dhabi and Dubai, both with upscale, multi-level shopping malls. The job listings appeared yesterday, and include the full range of store positions from Store and Market Leader, Manager, Expert, Creative and Specialist.”

The listings also include the Apple Store Leader Program, a 24-month development program for those who have just graduated from higher education. The complete list of UAE job positions can be accessed here.