It’s been 13 years since the Black Eyed Peas released their hit single Where is the Love?, and it’s back for 2016 in a new remake, to address the challenges the world is facing, from terrorist attacks to natural disasters to police brutality and more. 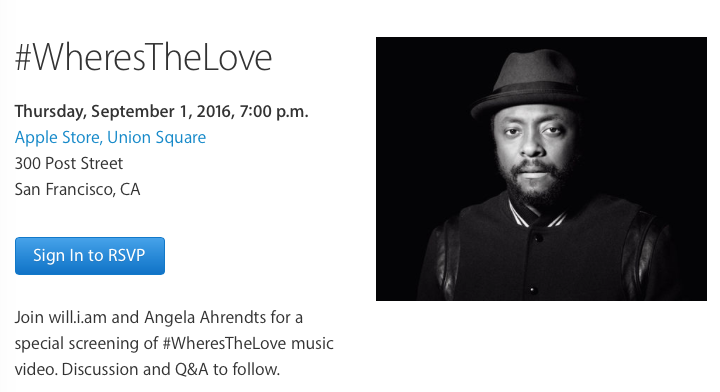 Apple has announced senior vice president of retail Angela Ahrendts will be joining will.i.am for a special screening of the new #WheresTheLove music video, followed by a Q&A at the Apple Store, Union Square, today in San Francisco at 7PM, as announced by the company’s marketing director Musa Tariq.

The remake of the song features voices and cameo appearances from Mary J. Blige, Diddy (Puff Daddy), Usher and Justin Timberlake and more (Fergie doesn’t get a lot of air time). 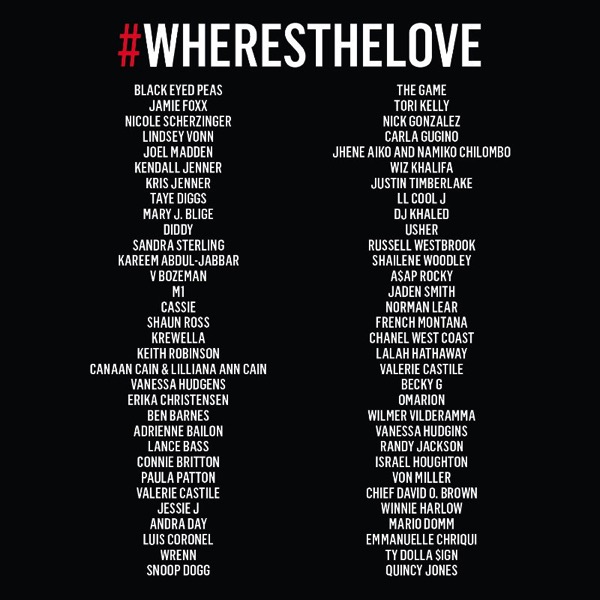 Proceeds from the sale of the 2016 single of Where is the Love will be donated to the i.am angel Foundation “to support programs focused on underserved youth.”

The single has launched as an Apple Music exclusive and can be purchased for $1.29 CAD in iTunes, while the video is here.