Late last week, the Apple Store Rideau in Ottawa, Ontario, closed its doors suddenly, and iPhone in Canada has learned it was due to a COVID-19 outbreak at the location.

Numerous staff apparently tested positive for COVID-19 at the store and since then, the location has been closed. Apple’s website shows the Rideau store will re-open on Thursday, December 16, at 9:30am, after being closed for nearly a week, likely to allow staff to isolate and for others to get tested, plus to disinfect the store. 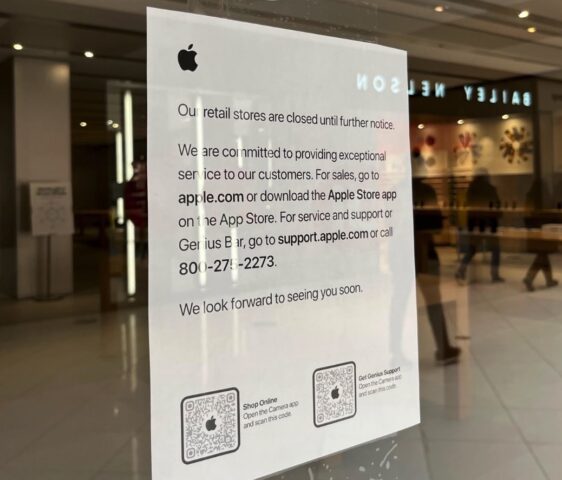 Back in January of this year, Apple Stores in Ontario and Quebec saw a ban on walk-in customers due to COVID-19, based on provincial health orders. Only curbside pickup for online orders and Genius Support by appointment only was available at the time.

In August, the Apple Store Sainte-Catherine in Montreal had to close due to COVID-19, with Apple saying it was “due to current COVID-19 conditions in some of the communities we serve.”

Just yesterday, it was reported Apple started to reimplement masks at its retail stores in the U.S. and limit occupancy, due to recent surges in COVID-19 cases, as the new Omicron variant appears to have a higher infection rate versus prior versions of the virus.