Not all but some iPhone 4S owners have been complaining about rapid battery drains both while in active use and in standby mode. Luckily though, I’ve not had such a problem with my handset. But now, it seems that the issue is actually quite serious as Apple engineers are reportedly contacting select iPhone 4S users to help them figure out the battery drain puzzle on the new device, according to The Guardian. The source also points out that Apple has quietly reduced the standby battery life from 300 hours on the iPhone 4 to 200 hours on the iPhone 4S in its data sheet. 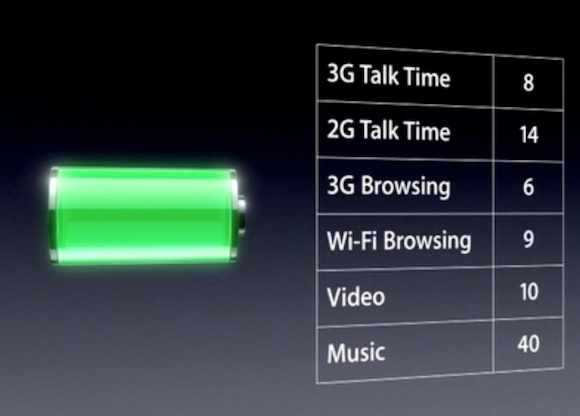 One owner who was contacted by Apple told the Guardian:

“My battery life was extremely poor – 10% drop in standby every hour. I noticed that the usage figure was roughly half that of standby, even when the phone was not being used, so I assumed something was crashing or running in the background. I switched off all the new features including Siri and location services, but it was still really poor. I also tried setting up a clean phone with no apps but it is still really poor.

“I then got a call from a senior [Apple] engineer who said he had read my post and was ‘reaching out’ to users for data and admitted this was an issue (and that they aren’t close to finding a fix!) and asked lots of questions about my usage and then asked if he could install the file below and that he would call back the day after to retrieve the info. I extracted the file from my Mac after a sync and emailed it to him. He was incredibly helpful and apologetic in the typical Apple way!”

The battery drain issue has generated massive amounts of discussions on Apple’s support boards, with some people claiming that backing the phone’s contents up to their computer and then restoring it improves the life. Are you experiencing any similar issues with your iPhone 4S? Please do share with us in the comments section below.

Apple is currently on track to double iPhone exports from India by March 2023. This pace was first kickstarted in April and is continuing as India proves to be a major asset in Apple's diversification of its supply chain. In the five-month span since April, Apple has gone on to cross the $1 billion mark...
Steve Vegvari
22 mins ago